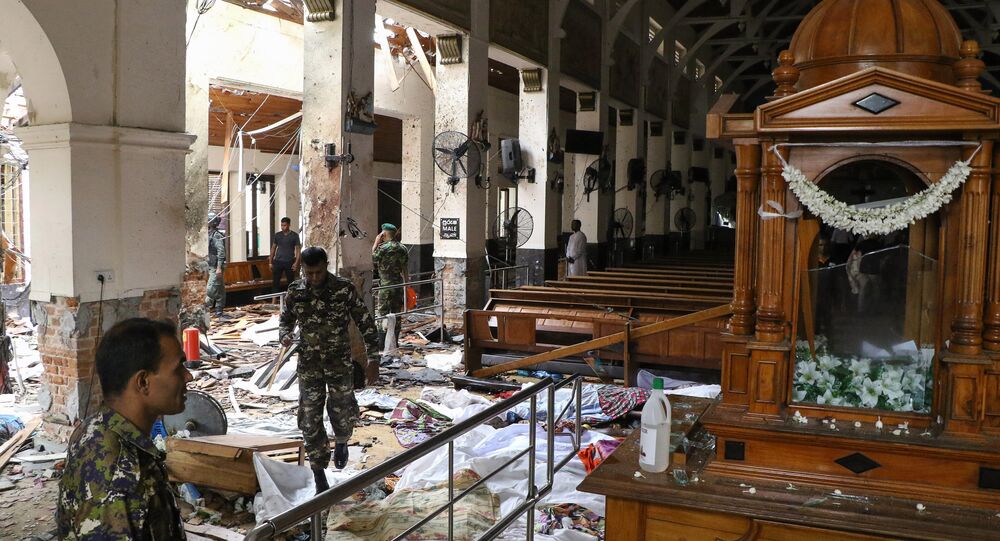 Multiple blasts ravaged several Catholic churches and big name hotels in Sri Lanka, a top tourist destination, on Easter, leaving at least 190 dead and 500 wounded. While no terroist group has claimed responsibility for the explosions, the government has announced a nationwide curfew.

Explosions that rocked four Sri Lankan cities during Easter mass on Sunday and a spine-chilling death toll have sent shockwaves around the world, prompting people to take to social media to address the terrifying news.

While it remains to be confirmed or denied that it was a series of terrorist attacks, users are describing the blasts at one of the world's favourite tourist destinations as terrorism.

Terrible news of bombing in Sri Lanka.
Such a wonderful and peaceful country, I honestly can’t believe it.
Our thoughts and prayers are with everyone local and foreign effected by these despicable barbaric acts.
🇱🇰

Thoughts and prayers for all those affected in Sri Lanka 🙏🏻#SriLanka #stopterrorism pic.twitter.com/nqPHWe3Se7

More than 100 people have been killed and 400 more wounded in bombings at churches and tourist hotels in Sri Lanka. Heartbreaking! pic.twitter.com/Htc6CV8dab

Shocking news coming from Sri Lanka with Multiple blasts across churches in and around #Colombo. Our thoughts & prayers are with people affected by this tragedy. Praying for the speedy recovery of those who are injured. #SriLanka pic.twitter.com/SHXqKVFSV7

Violence can never be the final solution to human disagreements. Ironic that the island that spawned the word serendipity is not able to find it. My deepest sympathies to those affected by the bombs in Srilanka. The government should be impartial and swift in rendering Justice.

#SriLanka
My prayers, sympathy and deepest condolences to the people and victims of #Srilanka #PrayforSriLanka
We strongly condemn terrorist attacks. 😢😢 pic.twitter.com/AmQXtlzvXF

© AP Photo / Eranga Jayawardena
WATCH Images of BLAST-RAVAGED Church's Interior in Sri Lanka
Other blasts ripped through three large hotels — the Cinnamon Grand, Kingsbury, and Shangri-La, with local media reporting that the death toll has reached 190 by the time of publication. It is estimated that 500 others have been wounded in the explosions.

No group has claimed responsibility for the blasts yet, but AP cited a police source as saying that Sri Lankan authorities suspect at least two of the explosions were carried out by suicide bombers.

The government has imposed a nationwide curfew and decided to temporarily shut down all social media platforms, including Facebook, WhatsApp and Viber, "in order to prevent incorrect and wrong information being spread".