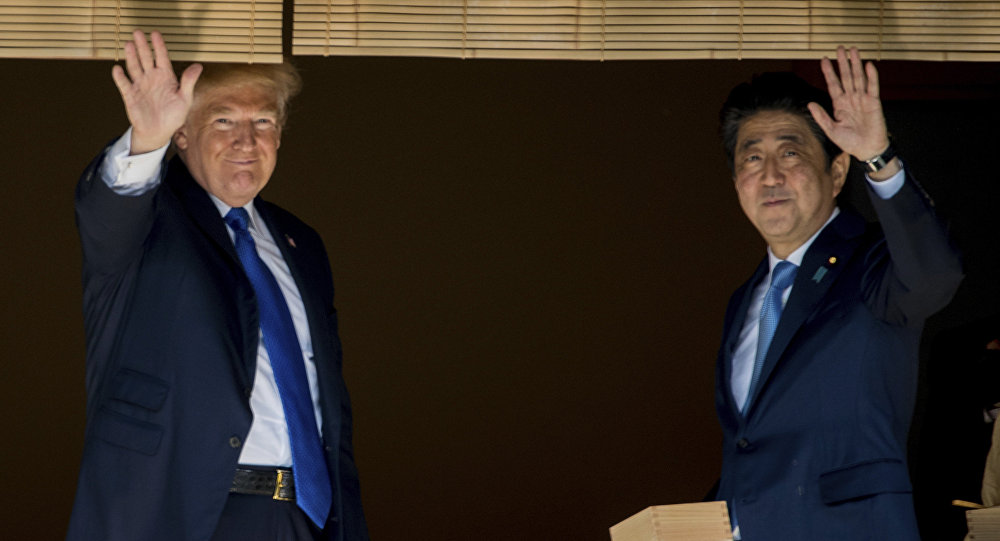 MOSCOW (Sputnik) - US President Donald Trump will travel to Japan on May 25-28 for holding a bilateral meeting with Prime Minister Shinzo Abe, the White House said in a statement

"The President and First Lady will also travel to Japan from May 25 to 28, 2019, as the country’s first state guests following the enthronement of His Majesty Emperor Naruhito on May 1, 2019… After meeting with Their Majesties the Emperor and Empress, the President will participate in a bilateral meeting with Prime Minister Abe," the statement read, adding that the meeting aimed to "deepen the close bonds between the American and Japanese people."

© AFP 2019 / STR / JIJI PRESS
US Ready to Disclose Top-Secret F-35 Info to Japan Amid Search for Missing Jet – Report
The statement added that Abe would come to Washington on April 26-27.

"President Trump and Prime Minister Abe will discuss recent developments regarding the Democratic People’s Republic of Korea, including efforts to achieve final, fully verified denuclearization. The two leaders will also explore ways to advance their shared vision of a free and open Indo-Pacific region, including steps that will strengthen our bilateral trade and investment relationship," the statement pointed out.