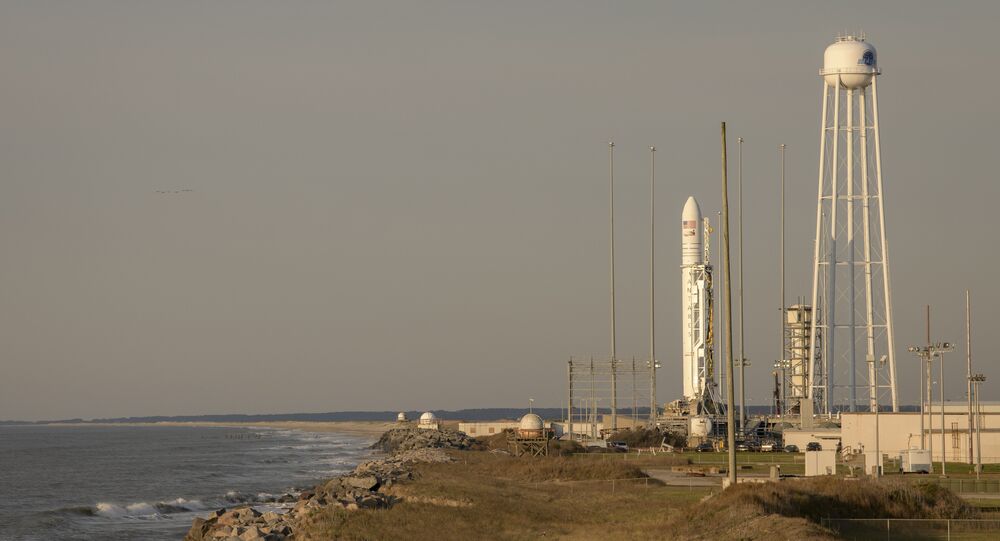 The two satellites, one belonging to Nepal and the other to Sri Lanka, were designed and built at the Kyushu Institute of Technology in Japan by engineers from the aforementioned countries, with UN funding.

New Delhi (Sputnik): Two of India's neighbours, Sri Lanka and Nepal, have marked their entry in to space with the launch of their first ever satellites on Thursday from the Mid-Atlantic Regional Spaceport at NASA's Wallops Flight Facility on Virginia's East Shore, United States.

Prime Minister KP Sharma Oli congratulated Nepal and the Nepali people after the successful launch of their satellite.

Though a humble beginning, with the launching of NepaliSat-1 Nepal has entered the Space-Era. I wish to congratulate all those scientists and institutions that were involved right from the development to its launching thereby enhancing the prestige of our country. pic.twitter.com/PpF1PIcQfa

Sri Lanka's Raavana-1 satellite weighs around 1.05 kg while Nepal's first satellite, Nepali1, weighs around 1.3 kg. The two nano-satellites will be used to send images of geographical areas of their respective countries from 400 km away while orbiting the earth.

"The Northrop Grumman Antares rocket and its unmanned Cygnus spacecraft launched into the space from the Mid-Atlantic Regional Spaceport at NASA's Wallops Flight Facility on Virginia's East Shore, kicking off a two-day voyage to the space station. Liftoff occurred at 4:46 pm EDT on 17th April 2019 (2:16 am 18th April Sri Lanka time)," a NASA statement read following the launches.

The two satellites have a minimum lifespan of one and half years, and will be kept at the International Space Station for a month before being deployed to orbit the Earth.