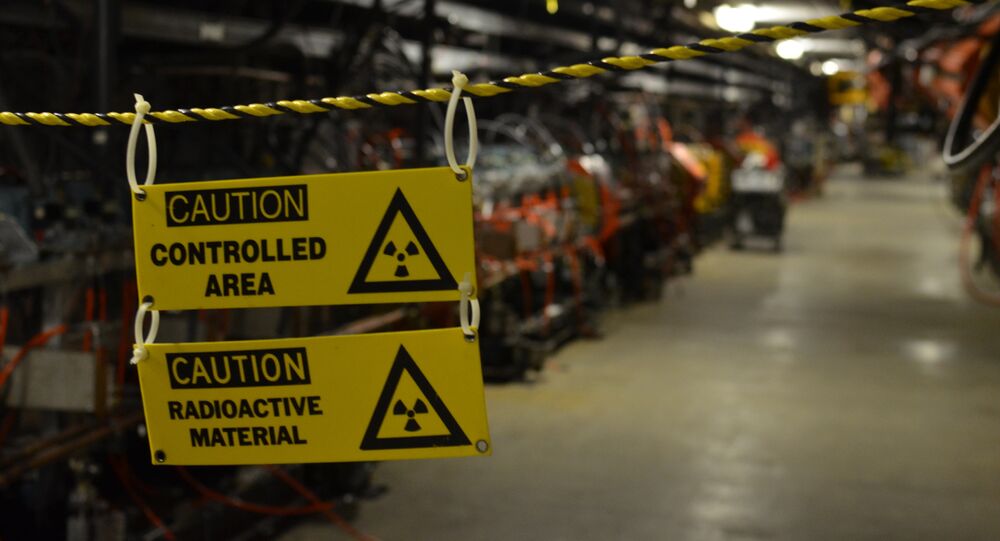 A Tuesday report by a hawkish US think tank, the Center for Strategic and International Studies (CSIS), showed satellite images of railcars at the North Korean Yongbyon nuclear site previously associated with nuclear material production. However, nothing else at the site suggests such a process is underway.

Imagery collected by commercial satellite company Digitalglobe on April 12 showed some new developments at Yongbyon, North Korea's primary nuclear site. The photos show several specialized railcars that, in the past, "appear to have been associated with the movement of radioactive material or reprocessing campaigns," the think tank wrote in its April 16 report.

"The current activity, along with their configurations, does not rule out their possible involvement in such activity, either before or after a reprocessing campaign," report authors Joseph Bermudez and Victor Cha wrote.

DigitalGlobe
A view of rail cars near the isotope/tritium production facility as seen on April 12, 2019.

DigitalGlobe
A view of four of the five specialized rail cars as seen on April 12, 2019.
© REUTERS / Carlos Barria
Trump, Moon Expected to Discuss DPRK Denuclearisation in DC on 10 April - Report
Aside from these developments, however, there's little else at the site to suggest that nuclear fuel production is underway. For example, while there's some observed activity near several buildings, such as the uranium enrichment plant, isotope/tritium production facility, radiochemistry laboratory and two small nuclear power generators, none of the buildings seem to be turned on — the think tank notes no smoke plumes are visible from any smokestacks, and the vehicles spotted near the buildings, while noteworthy in their newness, are neither unusual or indicative of anything specific.

Likewise, a February report by Stanford University's Center for International Security and Cooperation, making use of open-source imagery, estimated DPRK "may have added sufficient plutonium and highly-enriched uranium for an additional five to seven nuclear weapons" at the Yongbyon complex, according to study co-author Siegfried Hecker.

DigitalGlobe
A view of vehicles near the 5MWe reactor and North pumphouse as seen on April 12, 2019. No steam exhaust is visible from the turbine building.

Thus, the CSIS report really indicates nothing certain at all — only the fact that CSIS can't explain some railcars at the facility. While it's true that those cars have, in the past, been associated with nuclear fuel production, it's equally true to state that in the past there are also examples from which they weren't associated with nuclear fuel production. Since nothing else at the site points to that, it seems like the salient point would be that it's still not happening despite the failure of the most recent US-Democratic People's Republic of Korea (DPRK) summit.

North Korean leader Kim Jong Un and US President Donald Trump walked away from the negotiating table in Hanoi on February 28 without any more of a denuclearization deal than they had before, leading many to speculate that Kim might revive his country's nuclear weapons and ballistic missile programs. Testing and production of those weapons has been placed on hold by the isolated socialist country for over a year in a show of goodwill in favor of the prospect of peace.

A June 12, 2018, summit between Kim and Trump produced a vague framework for denuclearization and a commitment to its achievement, but negotiations have stalled since August 2018, when Washington made clear it wouldn't remove strangling economic sanctions on the DPRK until it took steps toward verifiable and irreversible denuclearization.

In September, Pyongyang offered to dismantle the site at Yongbyon and invited inspectors to tour the facility, Sputnik reported, but the offer remains unanswered. The move followed demolitions at several key North Korean sites, including the Sohae satellite launch site at Tongchang-ri and the country's primary nuclear weapons testing facility at Punggye-ri.