The ailing airline had sought $5.75 million in emergency funding from banks. Adding to its woes, its pilots' body, the National Aviators Guild, is threatening to seek a resolution under insolvency laws. Many of Jet Airways' 16,000-plus employees have not been paid since January 2019.

The flights were suspended after lenders refused to provide $5.74 million as sought by the carrier to help keep it afloat. The situation worsened after the government decided not to intervene as it was worried doing so could prove counter-productive during the elections.

"Late last night, Jet Airways was informed by the State Bank of India (SBI), on behalf of the consortium of Indian Lenders, that they are unable to consider its request for critical interim funding. Since no emergency funding from the lenders or any other source is forthcoming, the airline will not be able to pay for fuel or other critical services to keep the operations going. Consequently, with immediate effect, Jet Airways is compelled to cancel all its international and domestic flights. The last flight will operate today," Jet Airways said in a statement.

The airline will now await the bid finalisation process by the SBI and the consortium of Indian lenders.

In a statement, lenders said, "The Expressions of Interest (EOI) have been received and bid documents have been issued to the eligible recipients today. The bid documents inter alia have solicited plans for a quick revival of the company. The bid process will conclude on 10th May 2019… We are actively working to try and ensure that the bid process leads to a viable solution for the company." 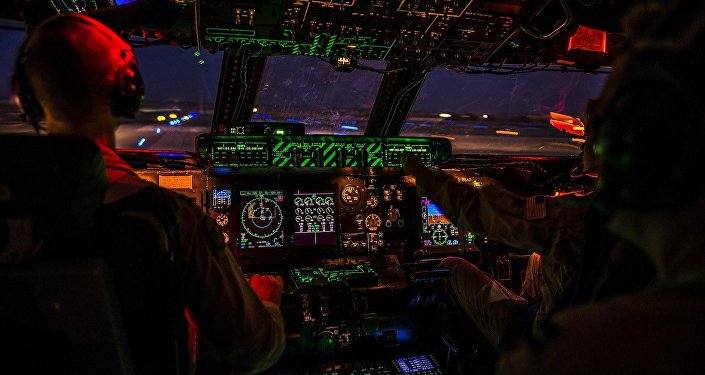 © CC0
Over 300 Pilots of India's Jet Airways Threaten Mass Strike over Salary Delay
Meanwhile, an emergency meeting will be held between Jet Airways officials, staff unions and the management on Thursday morning while a peaceful protest in Delhi has also been planned for Thursday afternoon.

The board of directors of Jet Airways earlier met on Tuesday to decide the next course of action. At that time, lenders were divided on whether to hand over the balance amount of interim funding of over $10 million without additional collateral. The operating fleet of the airline is now down to just five planes.

The beleaguered airline was founded around 25 years ago. At its peak, it boasted of over 120 planes providing hundreds of daily flights. The airline has a total debt of around $1.2 billion and has been teetering for weeks after failing to receive a stop-gap loan of about $217 million from its lenders, as part of a rescue deal agreed in late March.