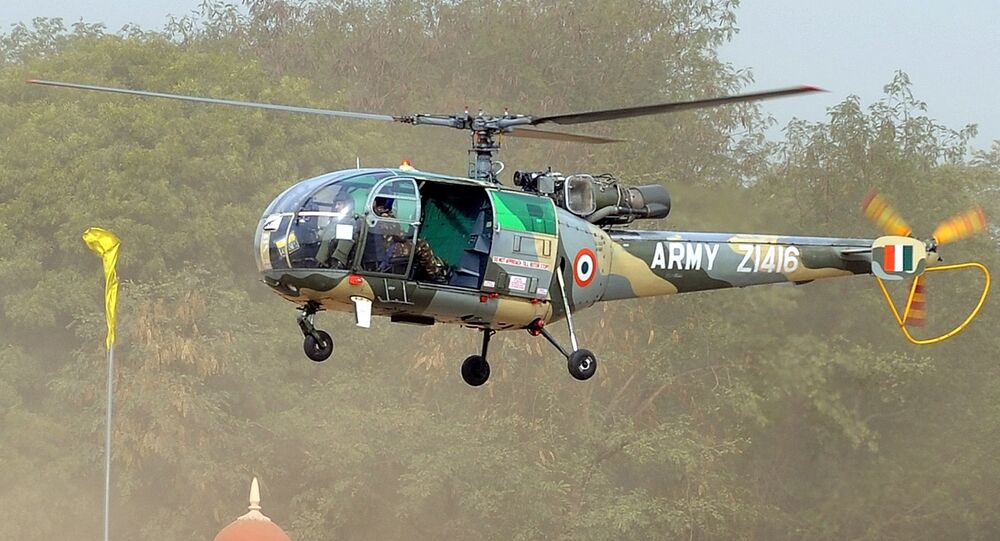 The Indian Navy confirmed that all crew members were safe, adding that it has launched an inquiry to investigate the cause of the crash.

New Delhi (Sputnik) — An Indian Navy Chetak helicopter crash-landed into the Arabian Sea last week, the Indian Navy announced on Tuesday, adding that the crash was caused by a technical failure.

"As per reports, the helicopter developed technical failure prior to ditching and the crew displayed immense professional prowess and sound training thereby deftly landing the helicopter in the water and successfully egressing from it," the Indian Defence Ministry said in a statement.

© Flickr / U.S. Pacific Fleet
US Approves $2.6 Bln Multi-Mission Chopper Sale to India Amid Tensions With Pak
Last October, a Chetak helicopter crashed at a naval base in Chennai while flying from Mumbai to Bangalore.

READ MORE: Indian Navy to Get Two Modern Vessels for Submarine Rescue in Next 3 Years

The French-origin Chetak is a 1960s helicopter and is considered an obsolete part of the navy's helicopter fleet. The Indian Navy is planning to replace all Chetaks with 111 Naval Utility Helicopters which are currently in the tendering process.

India's fleet of Chetaks are used for search and rescue operations, casualty evacuation, ferrying passengers from ships, and low-intensity maritime operations, such as dropping torpedoes.