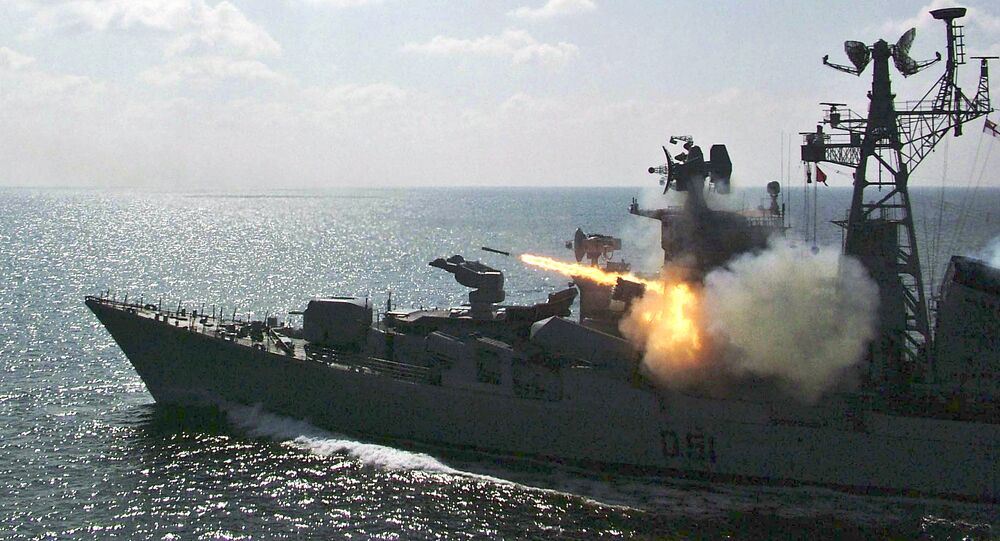 India has had a defence cooperation agreement with Thailand in place since 2012, and New Delhi is now looking to broader the scope of their military cooperation.

New Delhi (Sputnik): As the first-ever trilateral maritime exercise with Singapore is expected to be held this year, Indian Navy Chief Admiral Sunil Lanba will embark on a three-day bilateral visit to Thailand on Wednesday. The Indian Defence Ministry on Tuesday said that the visit is aimed at finding new avenues of defence co-operation, indicating that New Delhi may offer arms to Thailand despite that fact that it has close military ties with China.

"The visit is intended to consolidate and enhance the maritime bilateral relations between India and Thailand and also to explore new avenues of defence cooperation," a defence ministry statement released on Tuesday reads.

© Photo : Bharat Electronics Limited
Indian Defense Firm Opens First Office in Vietnam to Explore East Asian Market
Thailand inked a $411 million deal in 2017 to purchase one S26T diesel-electric submarine derived from the Chinese military's Yuan-class sub. The construction of the vessel has already started and is expected to be delivered by 2023. According to SIPRI yearbook 2018, China is the third-largest arms supplier to Thailand, only behind South Korea and Ukraine.

Thailand also ordered 49 VT-4 tanks from China to replace its US-made M41s that have been in service since the Second World War.

India has made significant inroads in improving its defence cooperation with East Asian countries in the past few years, many of which have strained ties with China.

The Indian Navy cooperates with the Royal Thai Navy on many fronts, which include operational interactions, training exchanges and hydrographic cooperation.