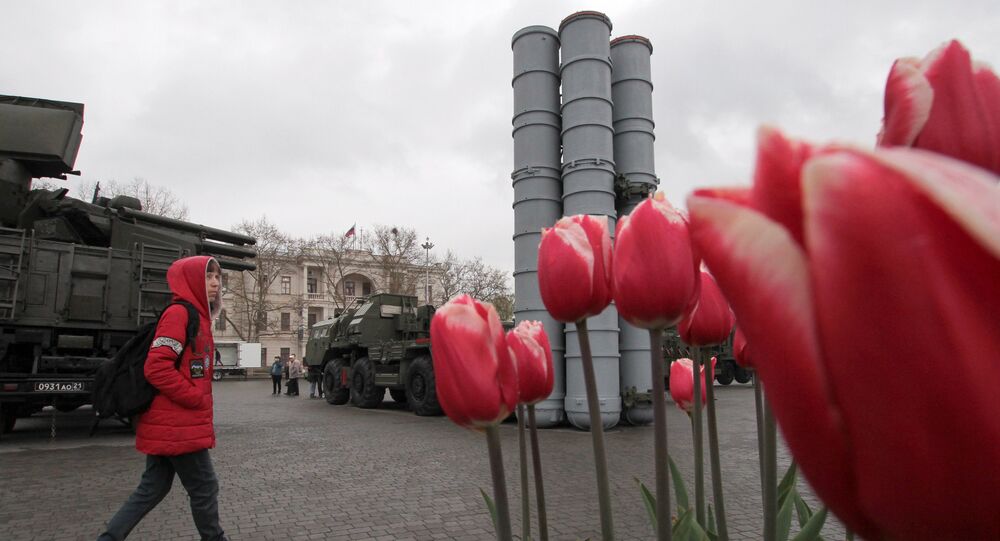 Russia and India signed an agreement on the supply of S-400 missile systems to New Delhi in October 2018. The US warned at the time that sanctions over the S-400 deal could not be ruled out, in line with the Countering America’s Adversaries Through Sanctions Act (CAATSA).

Indian Defence Minister Nirmala Sitharaman has expressed hope that New Delhi will avoid US sanctions over its purchase of Russian-made S-400 missile systems.

“In the case of S-400 we have explained ourselves well. That has been heard and understood. They have appreciated the point of view put forward,” she told AFP news agency.

Sitharaman also stressed the necessity of the two sides resolving bilateral differences, saying that “our attempt has been that these differences […] cannot be allowed to become disputes”.

The statement comes after US Assistant Secretary of Defence for Indo-Pacific Security Affairs Randall Schriver told a hearing in March that Washington wanted to “work through” the issue raised by India’s S-400 deal with Russia.

The US was “very keen to see [India] make an alternative choice [to the S-400] and we are working with them to provide potential alternatives”, he said.

Before the deal was inked, Washington poured cold water on India’s efforts to obtain a waiver from the US Countering America’s Adversaries Through Sanctions Act (CAATSA).

© AP Photo / Joseph Nair
India Denies Reports of Discussion to Buy F-16 for CAATSA Waiver on S-400 Deal
Shortly before New Delhi and Moscow inked the S-400 deal in October 2018, the US State Department warned that India’s upgrades to its arms systems “including the S-400 air and missile defence system” would be a particular focus for the Countering America's Adversaries Through Sanctions Act (CAATSA).

This law specifically gives Washington the right to impose economic sanctions on any state if it decides to obtain Russian military equipment, such as S-400 air defence systems.

Apart from India, the US has also tried to convince Turkey to abandon the purchase of Russian S-400s, threatening to suspend F-35 deliveries to its NATO ally, despite the fact that Ankara has already paid for the fighter jets.

Turkish President Recep Tayyip Erdogan has repeatedly spurned the US threats and reaffirmed his country's stance on adhering to its deal with Russia.

India Reportedly Approves Supplies of Russian S-400 Despite US Discontent