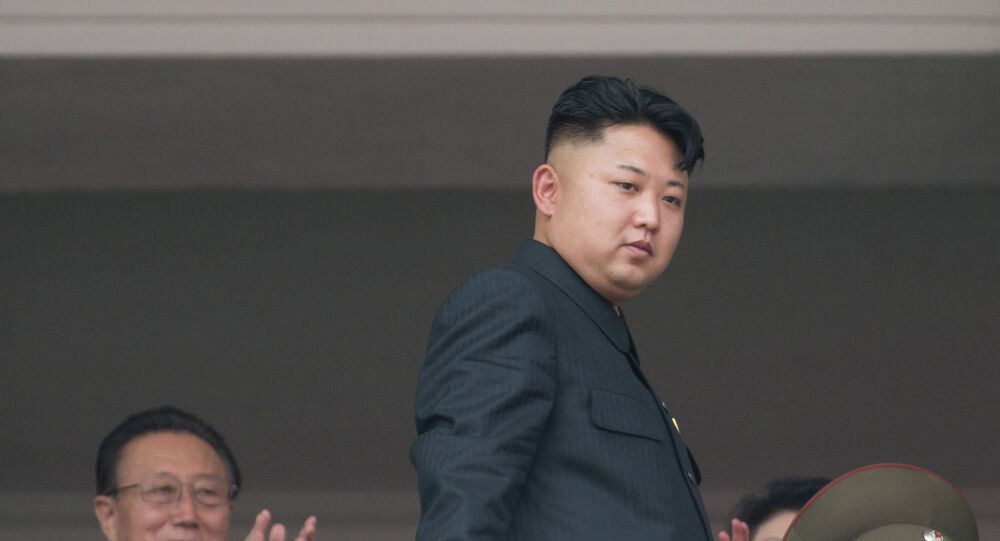 According to the Yonhap news agency, citing sources familiar with the matter, a meeting between Russian President Vladimir Putin and North Korean leader Kim Jong-un could take place in the Russia's Far East on 24 April. However, the South Korean media outlet did not offer details of the precise time and venue.

Russian presidential aide Yury Ushakov, speaking about a meeting between the Russian and North Korean leaders said earlier in April that the Russian side had made specific proposals on dates, and added that the issue was being discussed.

Putin congratulated Kim on Friday on his re-election as head of the North Korean State Affairs Commission and confirmed his readiness to cooperate on pressing regional matters.

"Dear Mister Kim Jong Un, please accept my sincere congratulations on your re-election as the chairman of the State Affairs Commission of the DPRK [Democratic People's Republic of Korea]. I am sure that your activities at the highest state position will continue to contribute to development of friendly, good-neighborly relations between our countries and our peoples and to strengthening of peace on the Korean Peninsula", Putin said in his congratulatory message, posted on the Kremlin's website. The Russian president also confirmed his commitment to "cooperation on pressing issues of bilateral and regional agendas".

"Only from March to the present day of this year… the ninth round of the intergovernmental commission on economic cooperation, consultations of the deputy foreign ministers of the two countries, visits of delegations of the Federation Council of the Federal Assembly of Russia and the Interior Ministry were successfully held. A number of mutual visits of high-level delegations of different areas and a variety of joint activities are expected this year", the  charge d'affaires said at a reception marking the 107th anniversary of the birth of former North Korean leader Kim Il Sung.

The situation on the Korean Peninsula, which since 1953 has long divided the two countries with differing political systems, improved last year with Kim and South Korean President Moon Jae-in having held several meetings. Kim also held two summits with US President Donald Trump, with the parties reaching a non-binding verbal agreement in June stipulating that Pyongyang would make efforts to promote complete denuclearization of the peninsula in exchange for a freeze of US-South Korean military drills and the potential removal of US sanctions.