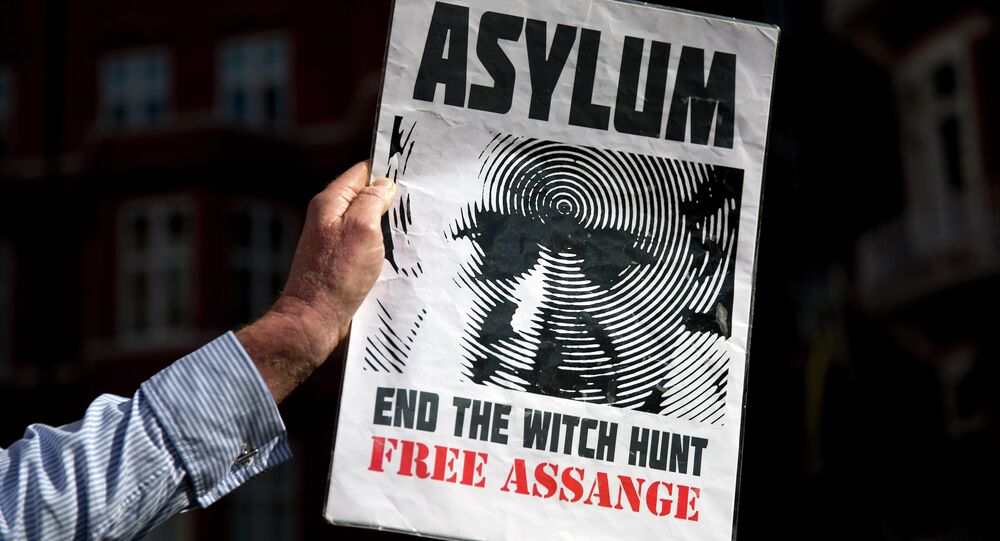 WikiLeaks founder Julian Assange’s father has called on Australian authorities to step in following his son’s arrest at the Ecuadorian Embassy in London earlier this week.

Speaking with the Herald Sun on Sunday, John Shipton, the father of Julian Assange, urged Australian Prime Minister Scott Morrison and the Department of Foreign Affairs (DFAT) to bring his son home as the Australian citizen faces extradition to the United States, where he is wanted for leaking confidential government documents.

“DFAT and the prime minister should in a nuanced way do something. It can be resolved simply to the satisfaction of all. There has been some talk in a meeting between a senator and a senior DFAT official to extradite Julian to Australia”.

Shipton revealed his shock at seeing his son’s condition as he was forcefully removed from the embassy on Thursday:

“I saw him, the way they dragged him down the steps, the coppers, he didn’t look good. I’m 74 and I look better than him and he’s 47. It’s such a shock. For months and months he has been living like a high-security prisoner, he can’t even go to the toilet. There have been cameras watching his every move”, he added.

His interview comes two days after Morrison affirmed that Australian-born Assange will not be receiving “special treatment” following his arrest and possible imminent extradition to the US.

“When Australians travel overseas and they find themselves in difficulties with the law, well they face the judicial systems of those countries, it doesn’t matter what particular crime it is they’ve alleged to have committed. That’s the way the system works. Mr Assange will get the same support that any other Australian would… he’s not going to be given any special treatment”, Morrison told ABC.

Assange was apprehended by UK police on 11 April at the Ecuadorian Embassy where he had been holed up for roughly seven years. The arrest was made after Ecuador’s President Lenin Moreno revoked his diplomatic asylum, claiming that he had repeatedly violated international conventions and daily-life rules in the diplomatic premises.

© AFP 2021 / DANIEL LEAL-OLIVAS
WATCH: Julian Assange’s Cat Eyes Arrest Footage of His Owner
While Moreno promised that UK authorities had pledged not to extradite the whistleblower to a country where he could potentially face the death penalty, UK police confirmed that he was detained “on behalf of the United States authorities”.

Following his arrest, Assange, who pleaded not guilty, was taken to a London court and was convicted on a charge of skipping bail after an extradition order to Sweden and failing to surrender to the court over a 2012 warrant.

US authorities also charged him with conspiracy to hack classified US government information and accused him of conspiring with Chelsea Manning, a former US Army intelligence analyst, who allegedly provided Assange with a password to government computers.

Until Thursday morning, the Australian had been living in the Ecuadorian Embassy in London for seven years to avoid extradition to Sweden, where he was being probed in a sexual assault case. He has consistently denied the accusations, saying that they were politically motivated and designed to have him extradited to the US, since the charges were brought up soon after the classified docs were leaked.

What Comes Next for Julian Assange and WikiLeaks?

Assange Found Guilty Of Failing To Appear, The Battle Over Extradition Begins