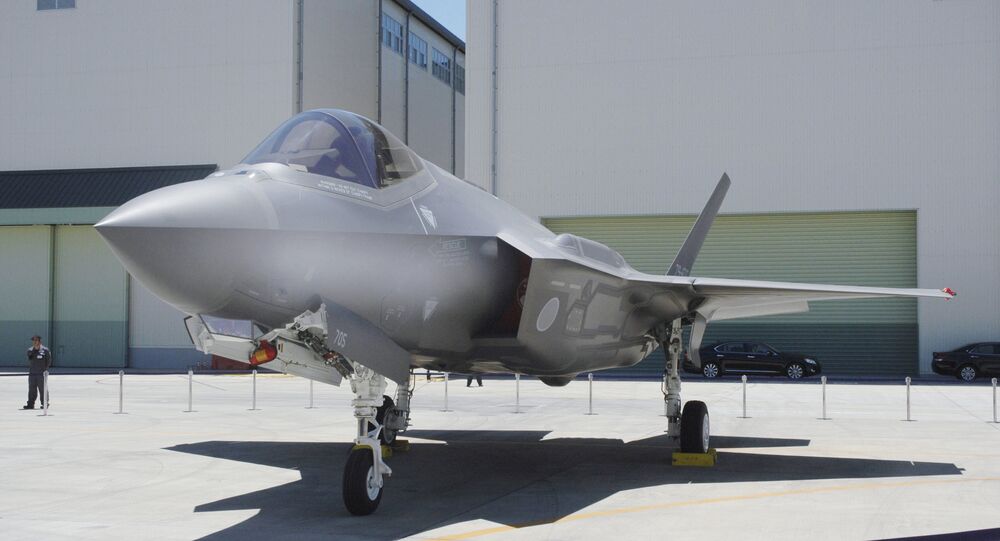 The Japanese military previously noted that a plane disappearing from radars on 9 April during drills 135 km northeast of Misawa, had not transmitted an emergency signal prior to the incident.

Japanese authorities have launched an underwater search and recovery operation in order to retrieve wreckage from a F-35A fighter jet that crashed in the Pacific Ocean earlier this week, Japanese Minister of Defence Takeshi Iwaya announced on Friday. Commenting on the matter, he stressed that the government wants to locate the crash site as soon as possible.

At the moment, there is no information about the fate of the pilot.

© CC BY-SA 2.0 / Dmitry Terekhov / IMG_8624
Moscow, Ankara to Benefit if Turkey Buys Russian Fighter Jets Instead of F-35 - Political Strategist
The incident was the first case of an F-35A crashing, as the model, introduced in 2016, has only recently come into service in various countries.

The crash, meanwhile, has led Tokyo to ground all F-35 flights until the cause of the incident has been determined. Japan had initially ordered 42 jets but recently expanded the order to include another 100 planes with the additional order's cost estimated to exceed 1 trillion yen (nearly $8.9 billion), becoming one of the stealth jet's main foreign customers.