According to media reports, the session of the North Korean parliament took place on Thursday. North Korean leader Kim Jong-un was elected as chairman of the State Affairs Commission, KCNA reported, cited by Reuters and Yonhap. Pyongyang also named a new Premier of its cabinet, Kim Jae Ryong, replacing Pak Pong Ju who had reportedly held his current post since 2013. 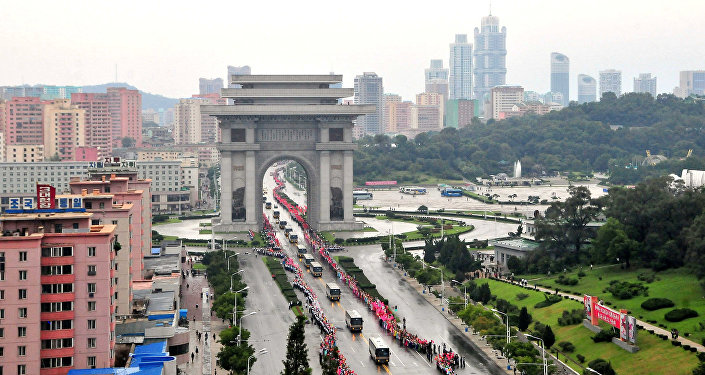 © REUTERS / KCNA
North Korea Informs UN About Refusal to Hold WHO Regional Session Due to Sanctions - Reports
The news comes on the heels of the country's March vote. A total of 687 lawmakers have been elected to the country's parliament as a result of the vote, in which the turnout made 99.99 percent, with all the nominees securing 100 percent of the vote in their constituencies, according to the North's official KCNA news agency.

Notably, that Kim Jong-un reportedly was not included on the list of the new convocation of the Supreme People's Assembly.

Voting is mandatory in North Korea. The candidates in each constituency are pre-selected by the ruling party. There is just one name on each voting paper, and the run is therefore unopposed.