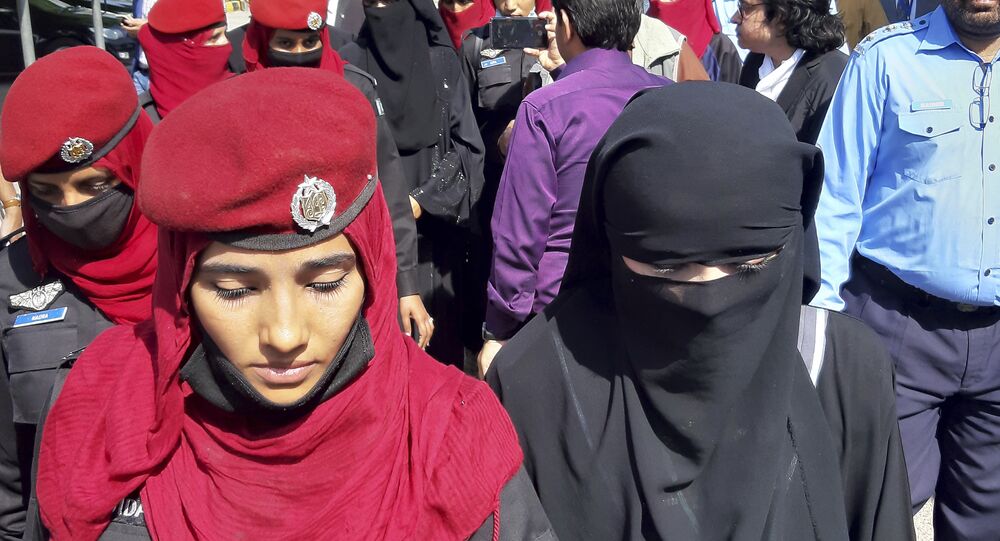 Although the girls have been allowed to stay with their Muslim husbands, the veracity of whether they were not forcibly converted to Islam is yet to be determined. The commission that was constituted to enquire into this has been directed to submit its findings by 14 May.

New Delhi (Sputnik): The Islamabad High Court has granted permission to two Hindu sisters to stay with their Muslim husbands after it found that they were not minors, reports Wionews.com. The court issued the directive on Thursday while hearing a petition filed by the two sisters pleading for security from their family members. The two girls approached the court last month, seeking protection and steps to restrain the government, police, and their family from forcing them to return "and their forceful reversion to Hindu religion".

In addition, the court has tasked the interior secretary to ensure security for the girls and their husbands.

Earlier the court had set up a five-member commission to probe whether the girls were forcibly converted and if they were underage at the time of their marriage.

"Has it been proved and cleared that the girls were not made to convert forcefully? For the satisfaction of minorities, we have tasked this to a commission. This, however, has been proved that the girls are not minors", the report cited Chief Justice Athar Minallah as saying while hearing the petition filed by Raveena and Reena from Daharki in the Ghotki district of Sindh.

© CC BY-SA 2.0 / Hernán Piñera / Look through the window
Forced Conversion of 2 Hindu Girls in Pakistan Creates Fresh Indo-Pak Furore
Although the girls have been proven to be non-minors, the issue as to whether their conversion from Hinduism to Islam was not forcible is yet to be established.

The court directed the inquiry commission constituted to probe the allegation of forcible conversion to furnish its report by 14 May, along with necessary recommendations.

India sent a note verbale to Pakistan's Foreign Ministry over the incident and asked Imran Khan's government to ensure the safety and security of minorities. Sushma Swaraj, Indian foreign minister, on 23 March sought a report from the Indian High Commission in Islamabad regarding the incident that took place on 20 March.

Furthermore, on 28 March 2018, India's Minister of State External Affairs V.K. Singh had said that it was the responsibility of the government of Pakistan to discharge its constitutional obligations towards its citizens, including those to minority communities.

"The government has from time to time taken up the matter with the government of Pakistan and has conveyed the expectation that the latter will look after the safety, security, well-being of its minority communities", Singh said.