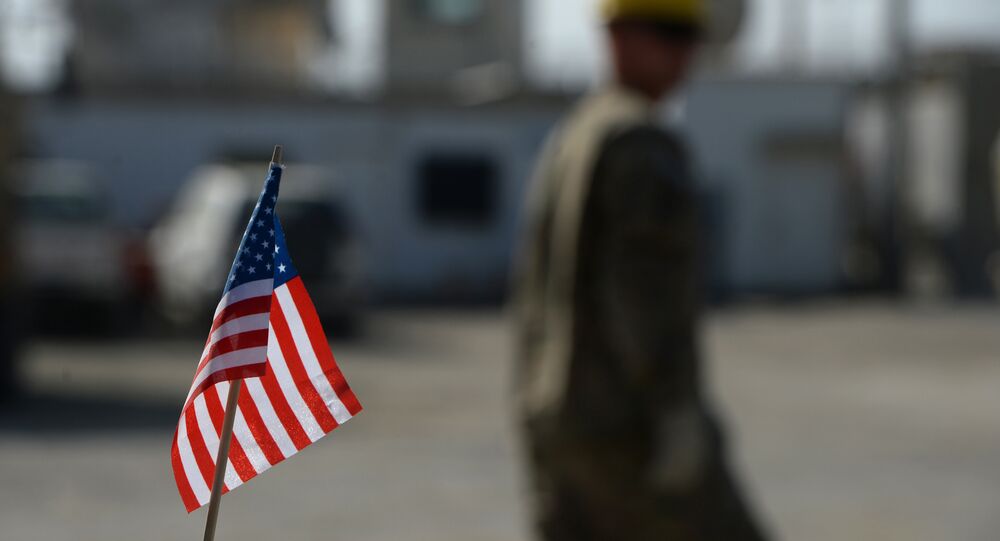 The alleged development follows reports that the Taliban brought down a US B-52 heavy bomber as the warplane was ostensibly departing from the Shawrab Airbase in southern Afghanistan on Wednesday morning.

The Taliban* launched a missile at Bagram Air Base, the largest US base in Afghanistan, on Thursday morning, according to a message tweeted by the terrorist group’s spokesman.

READ MORE: Three US Troops, One Contractor Killed in Explosion in Afghanistan

While he claims that the attack has inflicted damage on the airfield and caused human losses, the United States has yet to confirm or deny the information.

The purported incident comes only a day after Syrian news outlet Muraselon reported that Taliban militants claimed they had shot down a US B-52 heavy bomber.

"Mujaheddin (a militia fighter) of the Islamic Emirate targeted a US B-52 bomber with heavy weapons today early morning in Lar area in the Washir district of Helmand Province", a spokesman for the Taliban was quoted as saying.

© AP Photo / Mindaugas Kulbis
Taliban Claims It Shot Down US B-52 Bomber in Afghanistan - Reports
The B-52, which was allegedly struck after taking off from the Shawrab Airbase in southern Afghanistan, is said to have crashed after the attack. Both the Afghan and US sides have yet to comment on the report.

In another incident near Bagram Air Base, three US service members and a civilian contractor were killed in a blast after an improvised explosive device was detonated near the airfield on 8 April. Several media outlets have reported that the Taliban has claimed responsibility for the explosion.

The reports of the attacks keep flooding in as the United States is involved in negotiations for a military exit from the Central Asian country with the Taliban, which was ousted from power by a US-led coalition in 2001 and has since been waging a guerrilla war against the government in Kabul.

*The Taliban is a terrorist group outlawed in Russia.