Sufferers of melissophobia, beware. Sweat bees could sneak their way into your eyes and survive off liquid produced from your tear ducts.

Local media reports indicate that a 29-year-old Taiwanese woman identified only by her surname, He, experienced just that last week after she paid a visit to a relative's grave. During a recent press conference, the woman explained that she began to feel off, as if she had gotten dirt or sand in her left eye, as she was clearing the gravesite of weeds.

Wanting to quickly remedy the situation, she flushed her eye with water. However, that didn't work, and instead left her experiencing a stinging pain. He's eye was also starting to tear up profusely.

"It was very painful," He told reporters. "Tears wouldn't stop coming out of my eye. I was scared to death."

Later that day, He made her way to the Fooyin University Hospital in Taiwan's Donggang Township in the country's south in search of answers from medical professionals. On inspecting He's very swollen eye, they found not rocks, not pollen, not mysterious grave dirt, but four bees, feeding on He's tear ducts.

Hung Chi-ting, the head of the hospital's ophthalmology department, told reporters that when he peered closely at He's left eye, he "saw something that looked like insect legs, so I pulled them out under a microscope slowly, and one at a time without damaging their bodies."

He was found to be suffering from cellulitis, a bacterial skin infection, and keratitis, severe inflammation of the cornea, which was caused by the pesky bees.

According to Hung, had He delayed her visit any longer, doctors might've have to remove the eye in order to save her life. "Thankfully she came to the hospital early," he said.

It was also noted by Hung that the situation could have been made worse had He been rubbing her eye, since the act would've likely killed the bees, causing a serious infection that would've led her to become blind, the Strait Times reported. 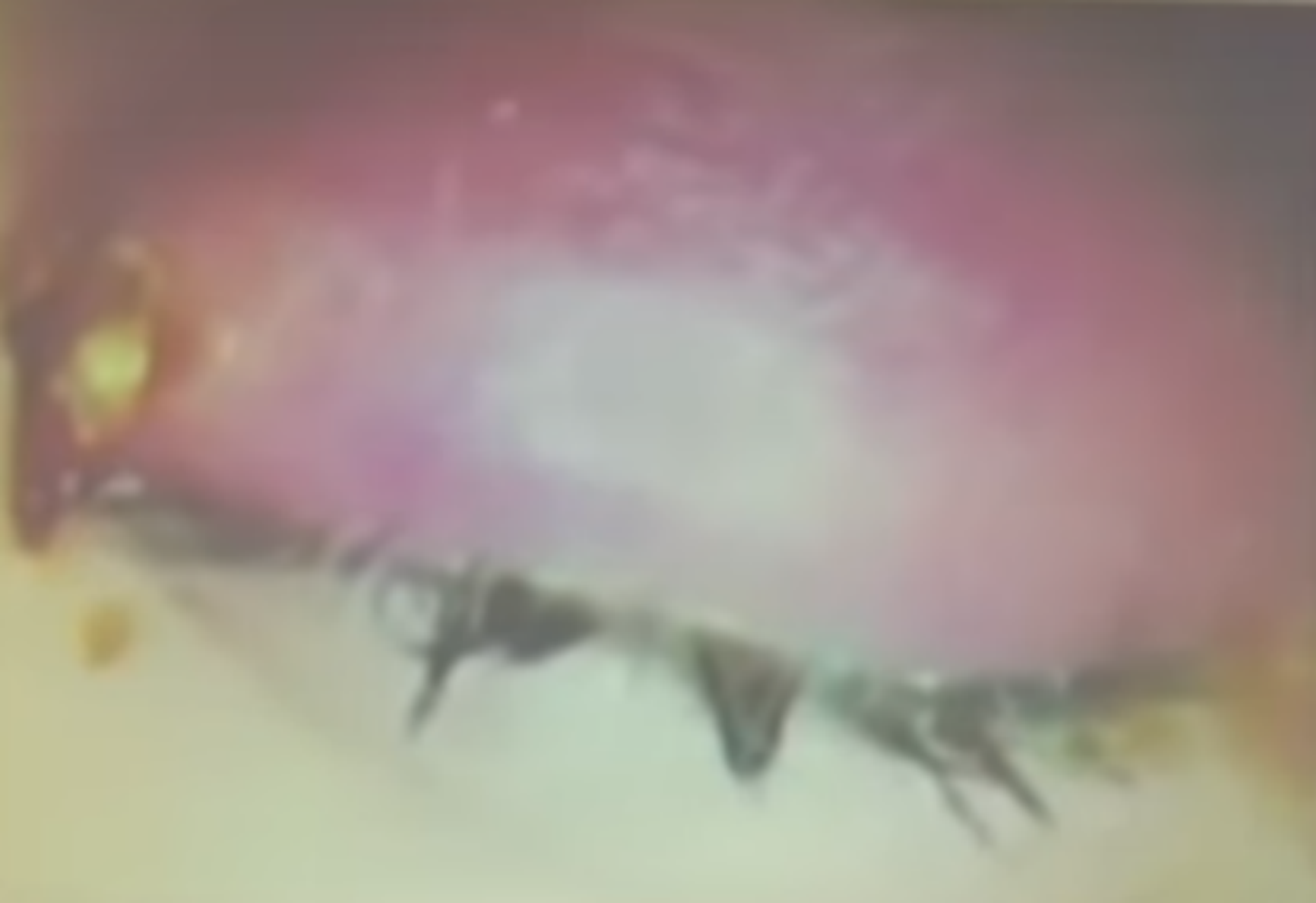 Screenshot/The Strait Times
A Taiwanese woman identified only by her surname He was recently found to have four living sweat bees feeding from her tear ducts. Image shows her swollen left eye.

He has been advised to strap on goggles for her next cemetery visit. She is expected to make a full recovery.

Sweat bees, which range in size between three millimeters and 10 millimeters, are not aggressive and tend to feed off of nectar and pollen. However, they are also drawn to human perspiration "which offers them precious moisture and salts," according to the Missouri Department of Conservation.

Per American pest control company Terminix, sweat bees have the "least painful sting of all stinging insects." They also live in the US, Canada and throughout Central America.