Responding to the customer’s complaints, the head of active recreation at Auckland Council claimed that the woman left the pool of her own volition rather than because of being told to vacate the premises.

Yvette Harvie-Salter, a 26-year-old woman from Auckland, New Zealand, has revealed that she recently got “kicked out” from a public pool she’d been visiting “up to three times a week for the past couple of years” because some concerned mothers apparently took a dim view of her choice of swimwear. 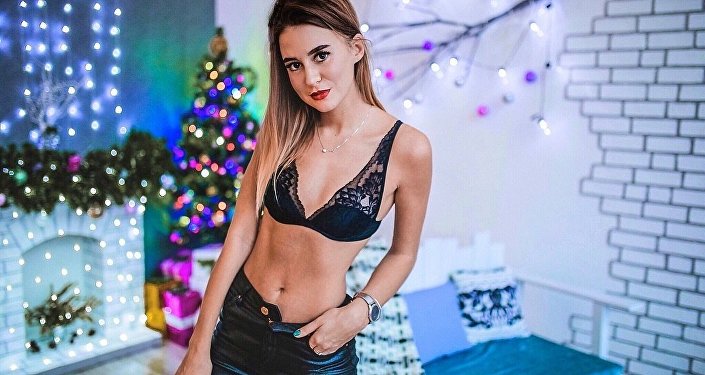 © Photo : Instagram/dasha_lukashenskaya
'We Are Human Too': Russian Teachers STRIP DOWN in Online Bikini Flash Mob (PHOTOS)
As Yvette explained on her Facebook page, she was approached by the duty manager while at a spa at the Albany Stadium Pool and told that her bikini, which she had been wearing at this pool "for the past few months", was apparently considered inappropriate and that some women have already complained about her attire.

"Her exact words were that it's not a 'rule' but a few of the mums have complained about it so I have to wear something more conservative", she said.

Yvette pointed out that she was aware about rules that prohibit wearing certain kinds of clothes in the pool, like bras and denim shorts, but that said rules do not mention bikini, Stuff news website notes.

According to the media outlet, Rob McGee, head of active recreation at Auckland Council, said he was disappointed by the fact that a customer has been made to feel unwelcome at the pool, and offered an apology to Yvette “on behalf of the lifeguard who spoke to the customer and the team at Albany”.

"We are sorry she was made to feel uncomfortable, and the lifeguard who passed on the feedback from other pool users now realises this wasn't the right thing to do", he said.

McGee also said that Yvette was given a refund, and insisted that she left the pool voluntarily rather than being ordered to vacate the premises.

"She was never asked to leave. However we understand her decision”, he remarked. "We will be contacting the customer directly to apologise and ensure she knows she is welcome back anytime."