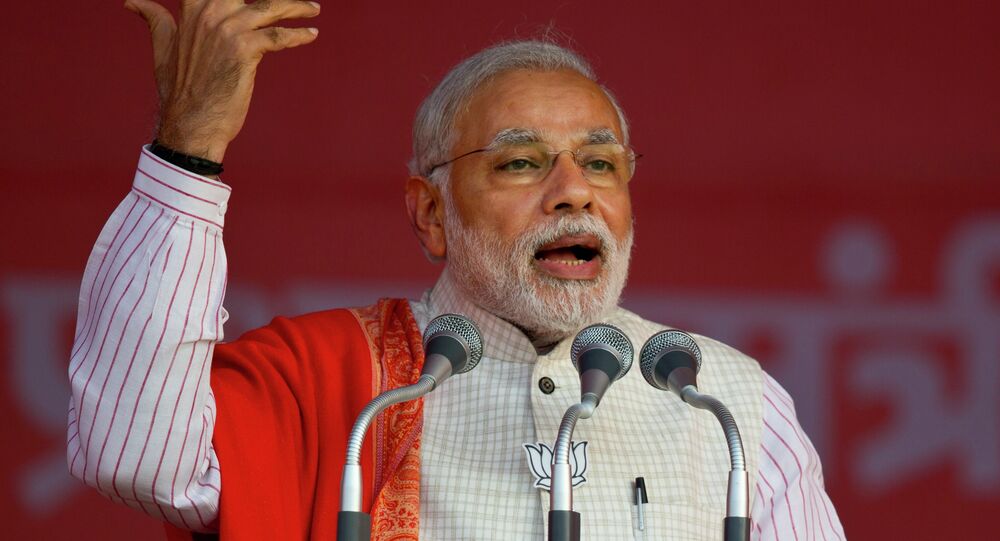 Opinion polls have put the ruling alliance ahead of the resurgent opposition led by Rahul Gandhi’s Indian National Congress.

New Delhi (Sputnik): According to a pre-poll survey, the ruling Bharatiya Janata Party (BJP) is slated to become the single largest party in the Lower House of the Indian Parliament following upcoming elections, which will commence on 11 April in seven phases.

Although the BJP is unlikely to get a clear majority, it still could regain power with the support of its allies with a very thin majority, opinion polls suggest. The seven-phased general election is set to start on Thursday.

The BJP has been trying to use tensions with Pakistan to rally support, while opposition parties are raising issues like unemployment and the agricultural crisis in their election campaign.

The National Democratic Alliance (NDA) — led by Modi's BJP —  is expected to win 273 of the 543 parliamentary seats up for grabs, one more than the halfway mark required to rule. In the last election, the BJP on its own achieved a majority in the Lok Sabha, with the alliance winning over 330 seats — the biggest winning margin in four decades.

© AFP 2021 / TAUSEEF MUSTAFA
Modi Promises To Pursue Indo-Pacific Strategy Vigorously If Voted To Power Again
Most polling agencies which released surveys in the last four days said that Modi got a boost from recent tensions with arch-enemy Pakistan, which escalated after a militant group based out of Pakistan killed 40 Indian paramilitary troops in Kashmir in February.

"In today's India we have seen perhaps for the first-time security issues competing with, and outdoing, a bread and butter issue like unemployment."

Times Now-VMR's poll predicted 279 seats for the NDA while IndiaTV-CNX predicted 275 seats for the alliance. The United Progressive Alliance led by Rahul Gandhi's Congress is expected to more than double its seats to about 141.

Rahul Gandhi has been accusing Modi of nepotism, corruption in defence deals and utter failure on the economic front. The Congress Party expects its plan for annual handouts of 72,000 rupees ($1,034) to the poorest families under the minimum guarantee scheme to help fuel its comeback.

Nevertheless, the Narendra Modi government has claimed that it has distributed much more in the last five years than what Congress has been promising to do under the income guarantee scheme. It claims that besides subsidies for food, fertiliser, kerosene, its 55 ministries have handed out over INR 106,800 annually ($1,557 approx) as compared with the opposition party's INR 72,000 ($ 1,034 approx) pledge to the poorest.