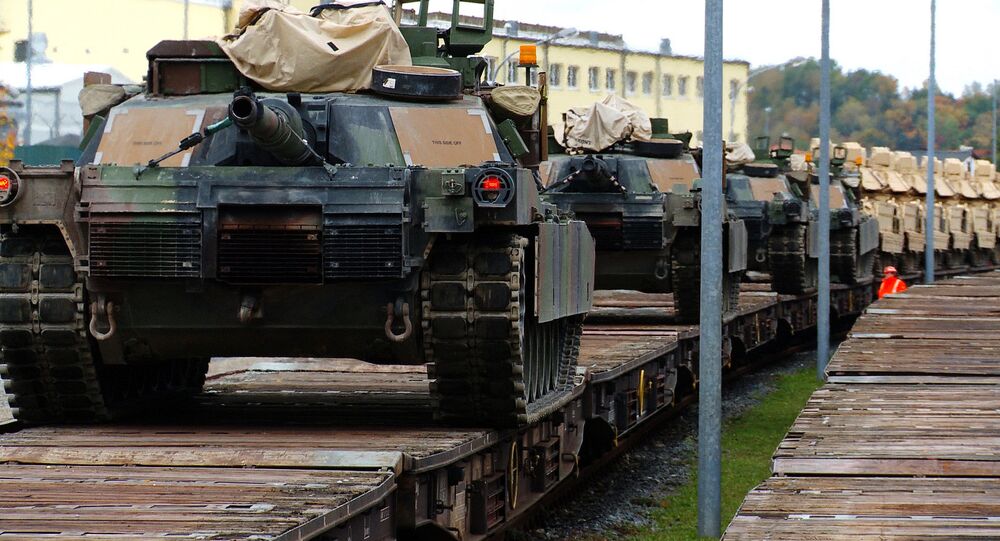 According to the local media, the Taiwanese Armed Forces have more than 1,000 tanks, mostly of M60A3 and CM-11 models. Once Washington approves the deal, 108 M1A2 Abrams tanks will enter service within the Sixth Army Corps, which secures the safety of northern Taiwan, where most of the central government establishments are situated.

© AFP 2021 / SAM YEH
Taiwan Wants to Buy Advanced F-16, Tanks Amid US-China Tensions
At the beginning of March, Taiwanese Deputy Defence Minister Shen Yi-ming said that in order to increase its defence capabilities Taiwan had made a formal request to the United States for new fighter jets. Later that month, Taiwanese President Tsai Ing-wen said her government was also seeking to buy tanks.

China stands against US arms deals with Taiwan. In September 2018, when Washington approved a $330 million sale of military spare parts to Taiwan, China claimed that the United States' actions threatened Beijing's sovereignty and security interests.

Taiwan is an island nation off the southern coast of China that has been governed independently from mainland China since 1949. Beijing views the island as its province, while Taiwan maintains that it is an autonomous state, having political and economic relations with several other countries that recognise its sovereignty.