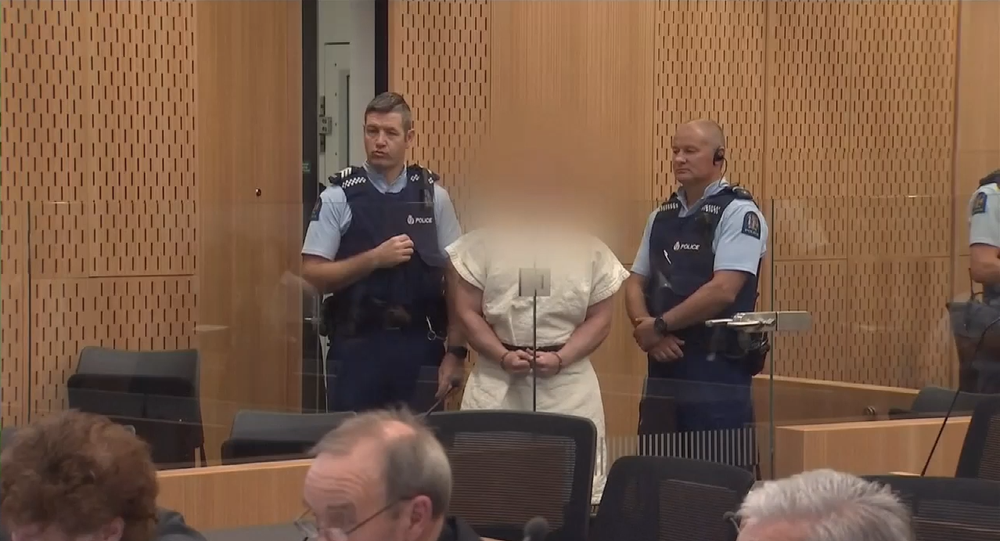 MOSCOW (Sputnik) - Brenton Harrison Tarrant, the suspected gunman who carried out deadly attacks on mosques in New Zealand's city of Christchurch, will undergo mental fitness examination to determine if he is fit to plead to 89 charges facing him in the wake of the massacre, local media reported on Friday.

The Stuff news outlet reported that earlier in the day, the suspect appeared in the High Court at Christchurch via a video link from a high-security wing in Auckland Prison where he had been staying.

© AP Photo / Vincent Yu
Why the Root Cause of Christchurch Bloodbath Lies Deeper Than Thought
Tarrant appeared before the court in relation to the mosque massacre for the first time on March 16, when he faced one murder charge. However, the police said on Thursday that the suspect would face 50 murder and 39 attempted murder charges.

The attack on mosques took place on March 15 and left 50 people killed and as many injured.

Brenton, who is an Austrian national and a resident of New Zealand, was captured by the police on the day of the massacre.

The gunman is known to have livestreamed the shooting on social media and have published a manifesto filled with anti-Muslim statements prior to committing the attack.