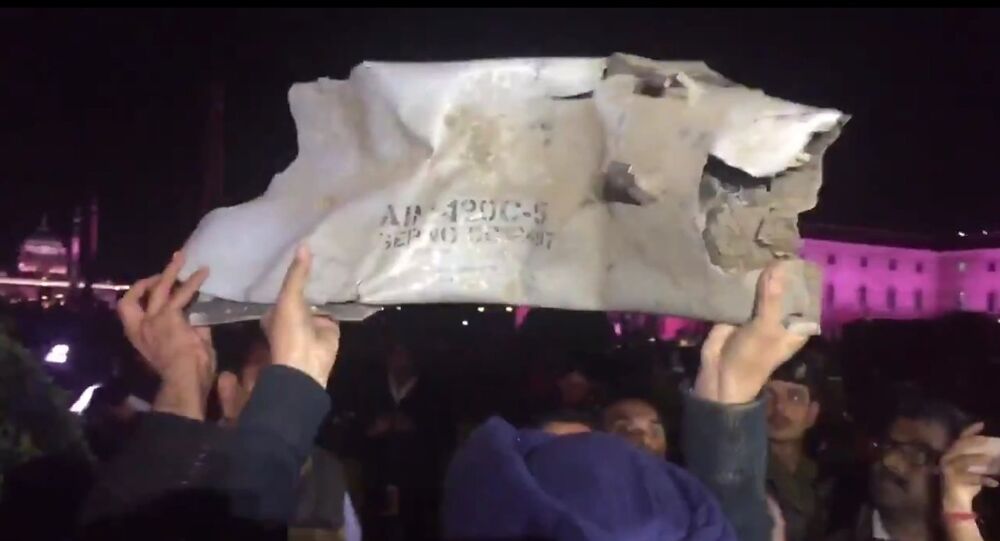 The woman officer was at the command in the Indian Air Force (IAF) control room in the border state of Punjab. She was instrumental in India's counter-response to Pakistani air raids on Indian territory, which involved scrambling seven MiGs to engage Pakistani F-16s.

New Delhi (Sputnik): The Pakistani air raid on an Indian military establishment was foiled due to the preparedness and presence of mind of a woman officer from the Indian Air Force (IAF), as per a media report. The said raid occurred on 27 February, a day after India raided terror camps on Pakistani territory earlier.

The report further stated that Indian authorities are preparing to honour the officer for her exemplary courage and presence of mind.

"The Indian Air Force is set to recommend the name of a young woman squadron leader for a medal for distinguished service after she showed exceptional courage to guide India's response to the air raid attempted by Pakistan on 27 February", reads a report published in the English daily Times of India, citing a source.

Top defence sources said the officer, who was not named due to security concerns, took over the reins at the secure control room in Punjab.

© AFP 2020 / DIBYANGSHU SARKAR
Indian Su-30MKI Jets Force Pakistani F-16s to Retreat to Own Airspace - Source
She was the one who had called for the scrambling of seven MiG-21 Bison aircraft and informed the pilots in the air about the presence of F-16s with AMRAAMs.

It was a woman fighter controller of the Indian Air Force (IAF) who coolly gave ground based support & guidance to the 6 Indian jets intercepting 24 (1:4!!) Pakistani jets attacking Indian targets on 27 Feb.https://t.co/qhMJ2gcB4Z

A media report, citing sources, read that at around 8:45 am on 27 February, the first signs of a possible attack emerged — Pakistan had closed down its civilian airspace and stopped all commercial flights. Half an hour later, IAF assets picked up multiple aircraft taking off from different air bases.

The report suggests that during the ensuing dogfight, for defending the Indian air space when Wing Commander Abhinandan Varthaman crossed the LoC while chasing a fleeing Pakistani jet, the officer repeatedly shouted, "turn cold, turn cold". But Abhinandan could not hear anything inside his Bison, as Pakistan had jammed radio frequencies.

Captain Abhinandan, who landed on Pakistani soil, was taken into custody by India's neighbour, but was later returned.

India conducted an air raid on alleged terrorist training centres in Balakot in Pakistan a day before the Pakistani raid. The surgical strike by India was in retaliation to the killing of over 40 Indian soldiers by a suicide bomber who claimed to be operating under instructions from the Jaish-e-Mohammed (JeM) terror group.