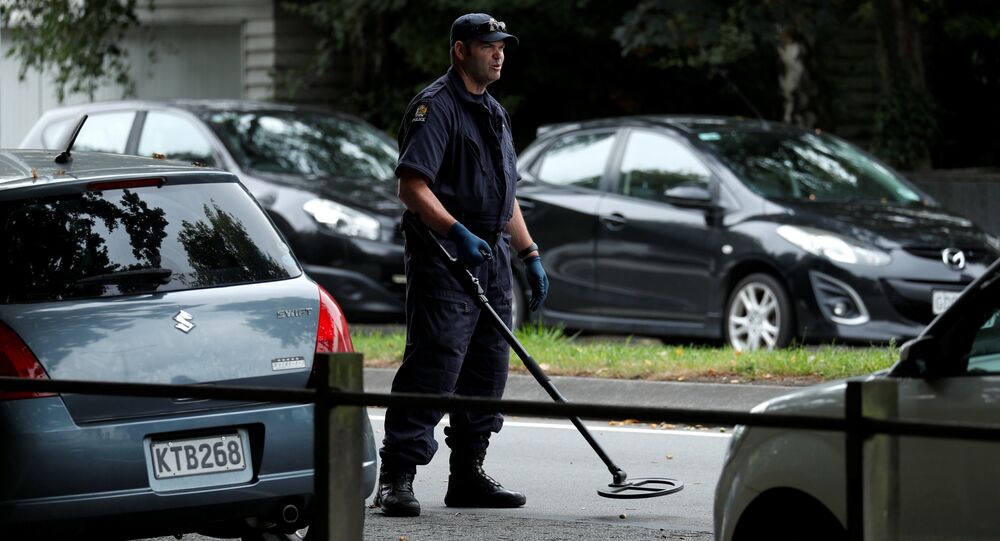 The suspect in the attack, identified as 28-year-old Australian national Brenton Tarrant, was earlier detained and has since then been charged with murder and put into custody.

The suspect in the deadly attack on two mosques in New Zealand's Christchurch, 28-year-old Brenton Tarrant, will face 50 murder and 39 attempted murder charges when he faces justice on Friday, the New Zealand Police said in a statement on Thursday.

This will be Tarrant's second hearing, since he first appeared in the Christchurch District Court on March 16, a day after the attack, and faced only one murder charge.
"Police can now confirm the man arrested in relation to the Christchurch terror attacks will face 50 Murder and 39 Attempted Murder charges when he appears in the High Court in Christchurch on Friday 5 April," the police wrote on Twitter, adding that other charges were under consideration.

In the aftermath of the deadly 15 March 2019 attack on several Christchurch mosques that left 50 people dead the New Zealand government decided to change the country's gun laws.

The attack, which the suspect explained with his anti-Muslim and anti-migrant views, has left 50 people dead and dozens injured. The tragedy prompted New Zealand Prime Minister Jacinda Ardern to tighten the country's gun law, introducing a ban on military style semi-automatic firearms and assault rifles.