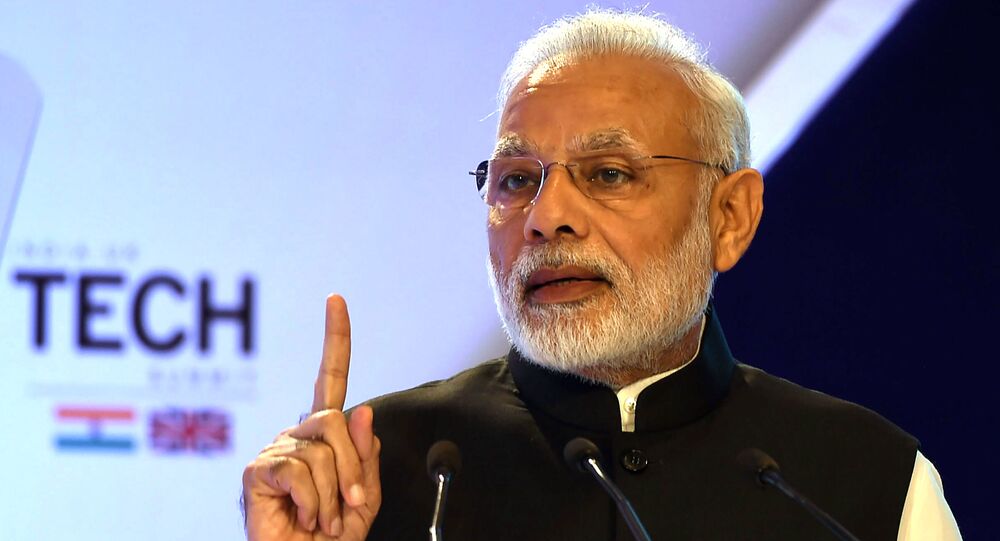 The criticism follows Indian Prime Minister Narendra Modi's announcement Wednesday that India joined the ranks of the world's space powers by successfully testing a new missile against an orbiting satellite.

"Besides, why was it done now in the middle of an election campaign? Only to boost the sagging fortunes of the BJP," the politician added, referring to the Bharatiya Janata Party, India's main ruling party.

Besides, why was it done now in the middle of an election campaign?

Only to boost the sagging fortunes of the BJP.

Modi announced on Wednesday that India had successfully tested an anti-satellite missile, with the test, dubbed Mission Shakti, seeing the successful destruction of an Indian test satellite in low-Earth orbit. Modi called the test an "unprecedented achievement."

#WATCH Visuals from the launch of the anti satellite missile used in #MissionShakti #ASAT pic.twitter.com/IEIhtHpPgs

Pakistan, India's regional rival, blasted New Delhi over the test, calling outer space the "common heritage of mankind" and saying that "every nation has the responsibility to avoid actions which can lead to the militarization of this arena." US Acting Defence Secretary Patrick Shanahan said the US was still studying the ASAT missile test, while urging India not to make a "mess" in space. "Space should be a place where we can conduct business. Space is a place where people should have the freedom to operate," he said. Russia, meanwhile, urged India to join international efforts to preserve peace in outer space, while criticising Washington's recent "destructive actions," including its withdrawal from arms agreement and "reluctance to abandon plans for deploying weapons in space."

© REUTERS / India's Press Information Bureau
India ASAT Weapon Tests Result of Worsening Arms Control Situation - Moscow
Bharatiya Janata Party (BJP) leaders have been looking for ways to use patriotic sentiment amid the conflict with Pakistan to secure votes in next month's elections. This week, BJP leader Amit Shah blasted terrorists suspected to be residing in Pakistan, assuring voters that Modi's government would "not spare the terrorists" and answer "Pakistan's bullets with bombs" if necessary.

Indians will go to the polls starting on 11 April for a massive month-long general election, with the BJP, the core party in the National Democratic Alliance coalition, facing off against the opposition Indian National Congress and its United Progressive Alliance.