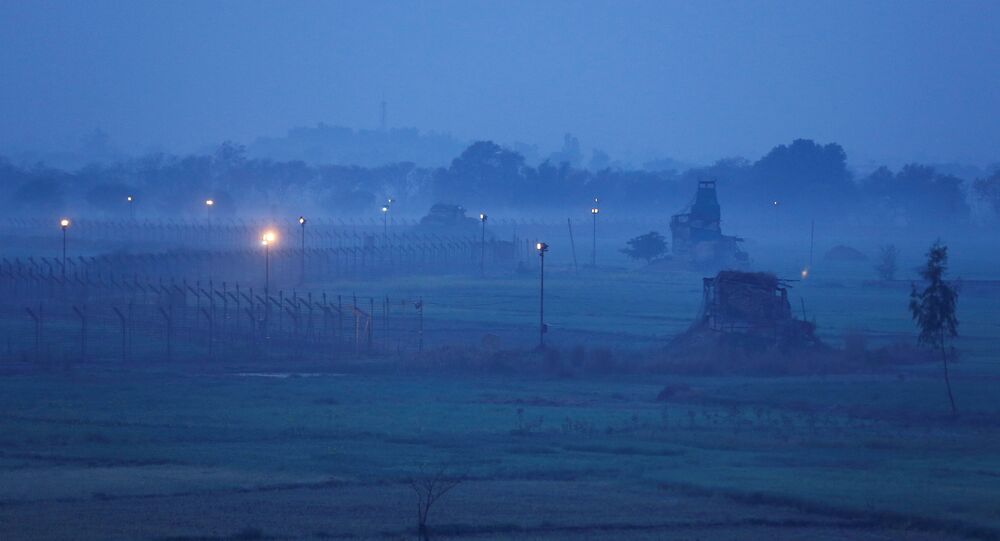 Nuclear-armed Asian powers India and Pakistan have had strained relations since February, when a terror attack against Indian security forces in Kashmir prompted India to respond with airstrikes against suspected terrorist bases on the Pakistani side of the border.

India has the "right to defend itself" and will spare no effort in eliminating terrorists posing a threat against the country, Amit Shah, leader of Prime Minister Narendra Modi's ruling Bharatiya Janata Party (BJP), has vowed, according to media reports.

"The terrorists from Pakistan attacked and killed 40 of our brave jawans," Shah said, speaking at a campaign rally in West Bengal ahead of next month's vote. "Should they be punished or not? Shouldn't the terrorists and Pakistan be given a befitting reply?" he asked.

© REUTERS / Francis Mascarenhas
US-Made Weapon Found With Top JeM Terrorist Killed In Kashmir – Reports
Assuring voters "that the Modi government will not spare the terrorists," Shah accused the BJP's opponents, including West Bengal Chief Minister Mamata Banerjee, of being weak on terror over calls for a dialogue with Pakistan.

"We will reply to Pakistan's bullets with bombs," the politician stressed.

Indians will go to the polls from 11 April for a massive month-long general election, with Prime Minister Modi's Hindu nationalist Bharatiya Janata Party, a key party in the National Democratic Alliance coalition, facing off against the opposition Indian National Congress and its United Progressive Alliance.

© CC BY-SA 2.0 / Ashwin Kumar / Indian Flag
Populist Promises and Freebies Rule Elections to Indian Parliament
The elections come against the backdrop of tensions between India and Pakistan over alleged terrorist camps on Pakistani territory which New Delhi claims house militants responsible for last month's car-bombing terror attack at Pulwama, which killed some 40 Indian police officers in Kashmir. Accusing Pakistan of doing little to stop the terrorists from operating on its territory, India launched airstrikes into Pakistani-controlled territory in Kashmir in late February, with the two countries' militaries since attacking and downing each other's planes, violating one another's airspace, holding drills in sensitive border areas and engaging in back and forth ceasefire violations including small arms and artillery fire along the delicate Line of Control border.

Last week, Pakistani Prime Minister Imran Khan accused Modi of being capable of planning any "misadventure" in a bid to secure a second term in the upcoming elections, adding that Islamabad would remain on alert to respond to "any aggressive move" by India until the elections are over in late May.