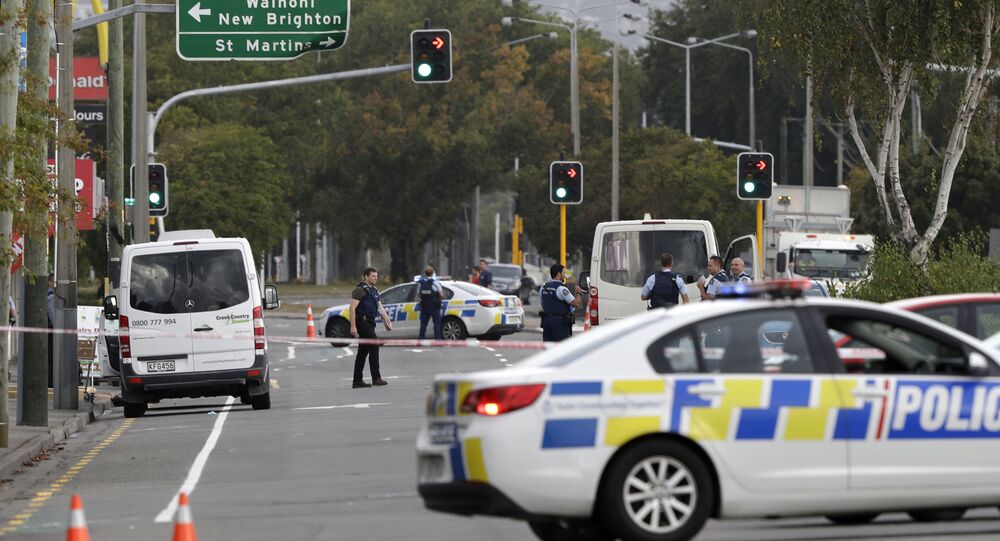 MOSCOW (Sputnik) – Police officers of New Zealand's city of Christchurch have arrested a schoolboy for what they described as objectionable material just two weeks after deadly shootings at mosques in the city, the New Zealand Herald newspaper reported on Friday.

The boy appeared in the Youth Court on Thursday and faced charges of knowingly making, or copying this material, the New Zealand Herald specified. His name is protected from being made public.

The teenager was refused bail and remains in custody, with the next court hearing scheduled for April. According to the newspaper, the police were "alerted" by his behaviour.

Police, as well as the detainee's school, refused to give comments on the issue.

© REUTERS / Mark Mitchell/New Zealand Herald/Pool
Mosque Leader Blames Mossad, Zionists for New Zealand Shooting Spree
The boy was detained some two weeks after the deadly attack in Christchurch. On 15 March, two shootings took place at Al Noor Mosque and the Linwood Islamic Center in Christchurch, leaving 50 people dead and another 50 injured. After the attacks New Zealand Prime Minister Jacinda Ardern described the tragedy as an act of terrorism, saying that the country had faced its "darkest day".

The suspect in the attack, identified as 28-year-old Australian national Brenton Tarrant, was detained and has been since charged with murder and put into custody.