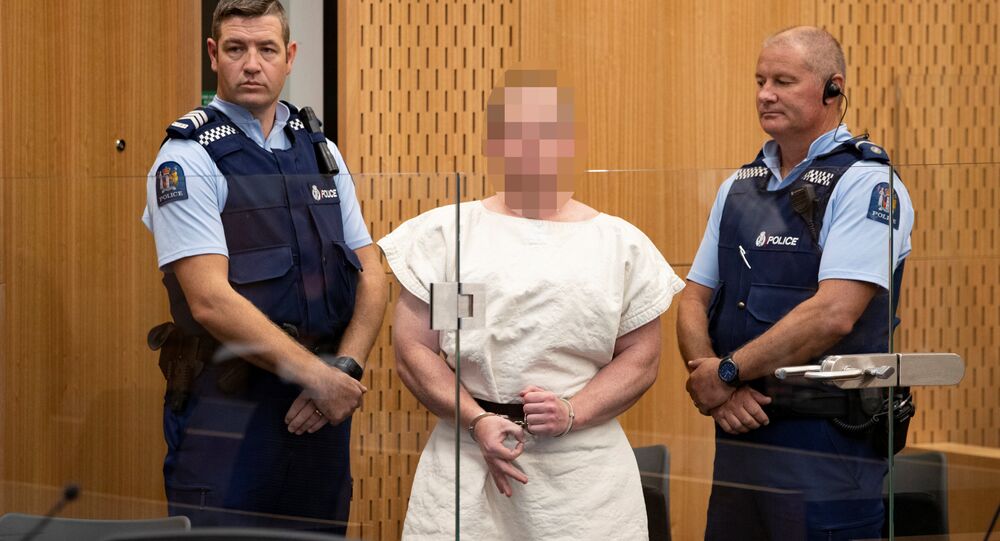 The rhetoric instantly met a barrage of criticism, with Jewish groups saying that one shouldn’t mention Israel’s intelligence service in conspiracy theories that give rise to racist and anti-Semitic sentiment in society.

A prominent mosque leader, Chairman of the MT Rockil Majid E Umar Ahmed Bhamji, has levelled accusations against "Zionist business" and the Mossad as those responsible for the shooting attack in Christchurch, New Zealand that left a total of 50 Muslims dead, News Hub reported.

New Zealand mosque chairman: “I am not afraid to say I feel Mossad is behind [the mass murder of Muslims in Christchurch]” pic.twitter.com/IZis0Tf4u7

As Bhamji was giving a speech at a rally held in Auckland's Aotea Square, questioning where the gunman got his funding from, he brought up Mossad and Zionists as the alleged sponsors, with one person shouting his concurrence in response:

"Israel is behind this!"

Footage of the rally speech was posted to Twitter, where it has sparked a storm of criticism within the Jewish community.

"These conspiracy theories are dangerous lies. They put the Jewish community at risk, at a time of heightened security concerns", New Zealand Jewish Council spokesperson Juliet Moses told News Hub, going on to recount that these conspiracies over Israel being “a malevolent controlling force in the world” are “at the very core of anti-Semitism”.

“The speaker talking about Mossad conspiracy theories already left me speechless", one person wrote on the event's Facebook page.

"Mentioning Mossad was deeply, deeply disappointing. And pretty racist", another one weighed in.

However, when contacted by the edition, Bhamji stood by his speech, adding an inquiry is needed into where the suspected gunman, 28 year-old Australian citizen Brenton Tarrant, got funds from; however, he cited no evidence of his own Mossad speculation.

"Mossad is up to all these things", he said. "When I talk about Mossad, why should the Jews be upset about it? Give me an answer?" he stated emotionally.

On 15 March, a shooter killed 50 people after opening fire at two mosques in the town of Christchurch in Eastern New Zealand.

New Zealand's Prime Minister Jacinda Ardern called the shooting a terrorist act, saying it was the country's "darkest day" and further announcing that that a royal commission probe will be held into the fatal attack.

The suspected shooter, Brenton Tarrant, a 28-year-old Australian national and a Dunedin resident, was charged with mass murder and placed in custody until 5 April. The gunman is known to have published a manifesto filled with anti-Muslim statements prior to committing the attack.