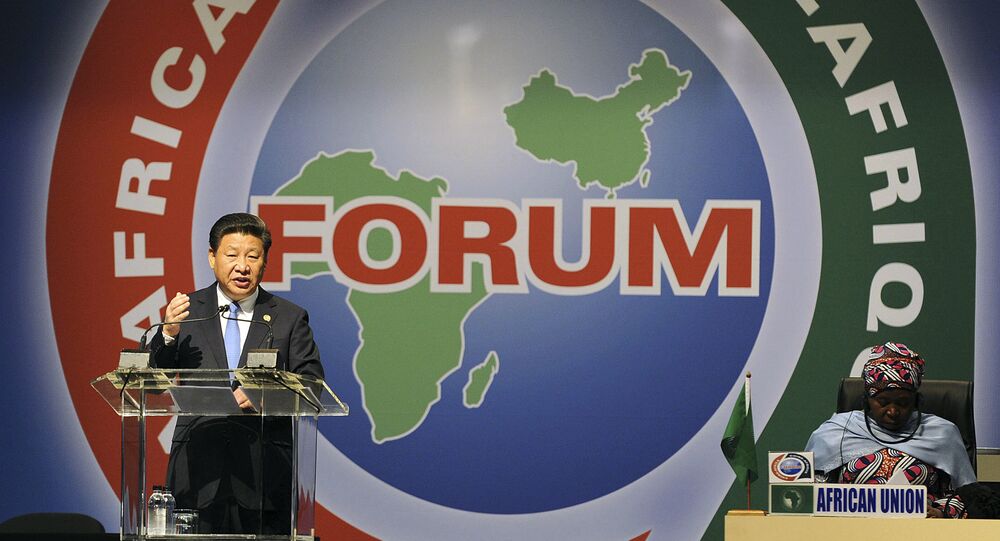 For years, many Western countries have warily eyed China's expanding footprints in Africa.

China's emergence as a major player in Africa's trade, investment and aid has sparked anxiety among some countries. However, a win-win-win result can be achieved if they discard the zero-sum mindset and treat China as a partner, instead of a rival, to jointly unleash the development potential of the vast continent.

In a Monday Twitter post, French President Emmanuel Macron said China and France are not strategic rivals in Africa, and the two countries could be long-term partners for security, education and infrastructure there. This is a laudable gesture.

Since then, he visited a string of African countries and pledged security and economic initiatives to re-shape France's relations with the continent.

China welcomes France and other European countries to increase their involvement in African security and ramp up investment. The African continent is grappling with security challenges, ranging from terrorism and refugees to piracy. It also needs massive investments to close its infrastructure gap.

The China-proposed Belt and Road Initiative is an open economic cooperation initiative, not a military or geopolitical alliance. For Africa, the initiative is to help build infrastructure that can break bottlenecks in the continent's development. France and other European countries are encouraged to participate in it, which will not only boost bilateral relations, but also propel third-party cooperation in Africa.

There are warnings from some Western leaders and scholars against the so-called China debt trap and risks of forfeiting sovereignty to China over loans.

© CC BY 2.0 / Sarah-Rose / Italian flag
Italy's Belt and Road Deal Sparks EU Concerns Over Future Relationship
But accusations that China is colonizing Africa with investment, loans and aid are groundless. If Western countries are really concerned about the continent's development, why not become part of efforts to contribute and cooperate with China under the Belt and Road Initiative?

Africa is no longer the colony of the West. African countries have the right to conduct economic cooperation with any country they want. The deepening China-Africa cooperation and growing Chinese presence attest to the success of the China model.