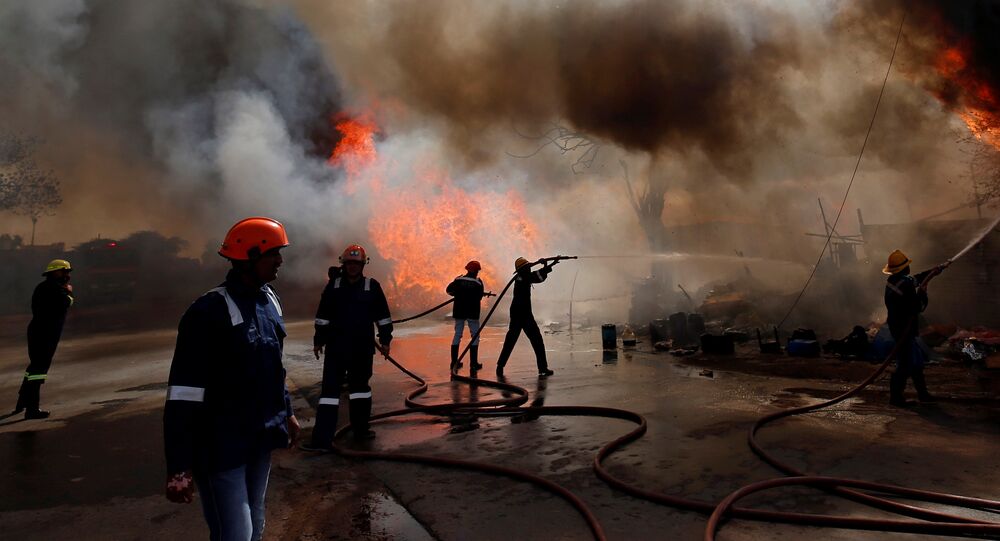 This was the third major fire incident that took place in India’s capital since the beginning of 2019. Earlier on 12 February, 17 people were gutted in a fire that engulfed a building in Delhi’s Karol Bagh area.

New Delhi (Sputnik): Two children, a six year old boy and a seven year old girl, have died in a major fire that broke out in a four-storey building in Shaheen Bagh area of Delhi on Tuesday. The fire broke out in a furniture shop housed in the basement area of a building spread to other two floors, causing the casualty. Preliminary investigations indicated that the fire was caused by short circuit the affected building, a senior police official told Sputnik.

"The Shaheen Bagh police control room (PRC) received a phone call regarding a fire in house number J — 10A of Abul Fazal Enclave. Two children were injured in the fire and they were shifted to nearby Holy Family Hospital through police van. Later both of them succumbed to their injuries during the course of treatment," police officials said while briefing the media on the incident.

On 24 March, a fire broke out in one of Delhi's topmost government hospitals triggering panic among staff and patients although no casualty was reported. On 12 February, 17 people were killed and several injured in a major fire in New Delhi's Karol Bagh area.