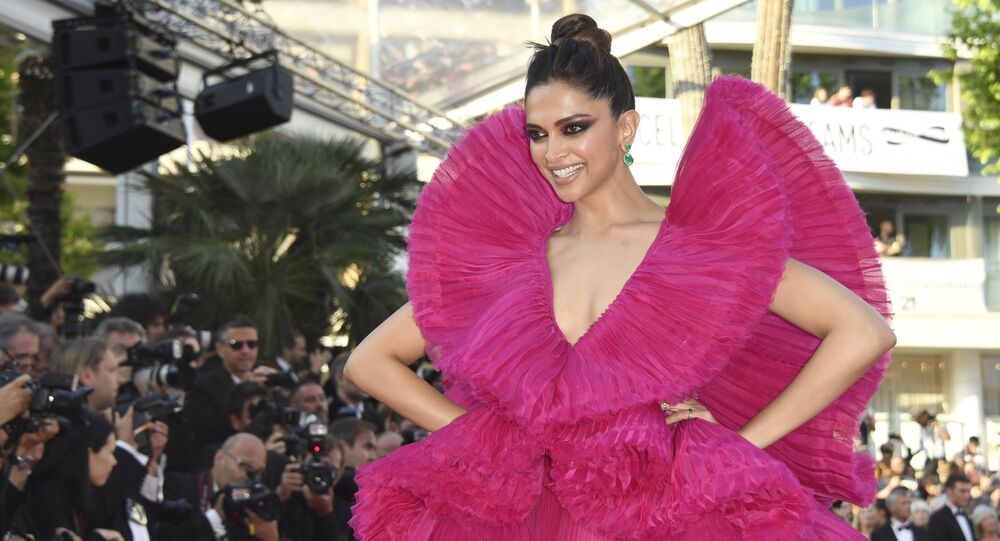 Fans of the Bollywood actress raved over her incredible transformation and praised her for taking on such a powerful role.

New Delhi (Sputnik): Indian film star Deepika Padukone is making news for her new bold role as an acid attack victim, the first looks of which she shared with her fans on social media on Monday.

A character that will stay with me forever…#Malti

© Blogger photo / @aslimonalisa
T-Series Topples PewDiePie After Indian Actress Monalisa’s Call to Subscribe
Deepika Padukone will be playing an acid attack survivor, inspired by the life of Laxmi Agarwal, who survived such an attack in 2005 when she was 15 because she rejected the amorous advances of a 32-year-old man.

The movie, titled "Chhapaak", is being directed by Meghna Gulzar.

The actress took to social media this morning to share her look in the film and netizens were awestruck by her incredible transformation.

The true story of #LaxmiAgarwal, an acid attack survivor & activist is inspiring to say the least@deepikapadukone #Chhapaak pic.twitter.com/UJpwDkgqJ5

Shooting of the film began in Delhi today and the movie is scheduled to be released next year.

First look of @deepikapadukone as #Malti in #Chhapaak — INCREDIBLE! This movie celebrates the undying human spirit that doesn’t give up despite adversities at every step. Scheduled to release on January 10, 2020. Goosebumps! @meghnagulzar @leenayadav @foxstarhindi pic.twitter.com/Dnn3DHhKat

Her eyes projects both lingering sadness and undying hope.
As I said earlier too nobody portrays both fragility and steely grit with mere eyes the way Deepika does among her contemporaries.
Prosthetic artist deserves highest applause,come thru team #Chhapaak.. pic.twitter.com/40k9SqBAuq

Laxmi Agarwal is a resident of Delhi and was stalked and chased by a 32-year-old middle-aged man in a market area in 2005. The attacker, identified as Nadeem Syed, threw acid on her, shattering her life. Laxmi had to undergo multiple surgeries for three months.

These stories need to be told, insisted Deepika Padukone's fans.

These past few days my parents have been watching tv and I could hear the news was about an acid attack survivor who is trying to get justice, but in Mexico. It makes me so proud that my fav is doing #Chhapaak The inspiring stories of those survivors needs to be told

Deepika’s look for #Chhapaak is so powerful, it radiates through the picture… literally

Congrats to Deepika's fandom on Chhappak!!! The first look is amazing! Couldn't recognize her!! ALL THE BEST ❤#Chhapaak

Nick Jonas and Priyanka Chopra Enjoy Each Other in Miami