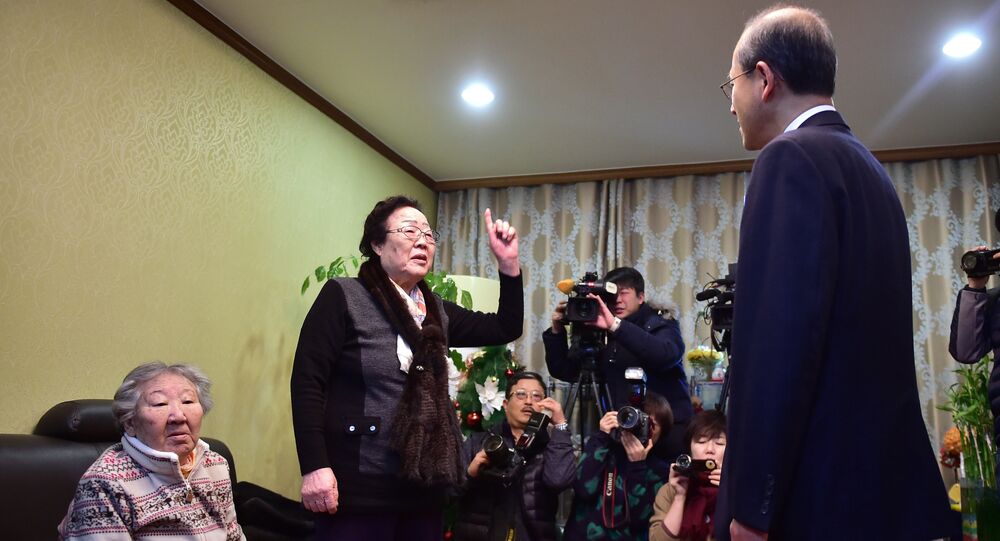 27 members of the Gyeonggi province backed a proposal ordering all schools to label products from 284 Japanese companies, including popular brands such as Mitsubishi, Toshiba and Hitachi as "made by a Japanese firm responsible for war crimes".

South Korean foreign minister Kang Kyung-wha has intervened after the country's most populous province backed a proposal to slap controversial labels on some famous Japanese-made items in schools.

"These Japanese companies caused Koreans serious harm during colonial rule," the labels would warn, "taking their lives and causing physical harm and financial damage by organising forced labour, among other actions."

Gyeonggi-do, the province surrounding South Korea's capital of Seoul, is the country's wealthiest region and houses 12m of the roughly 25m people in the northwest.

The region's educational department unveiled the proposal, with the provincial assembly due to discuss it next week.

But Foreign Minister Kang urged the national assembly on Thursday to review the proposal "with caution," adding that "diplomatic relations should be taken into consideration".

The Japanese government insists that compensation for its colonial era in the Koreas was settled in a 1985 bilateral agreement between the two nations, which included a reparations scheme totalling roughly $800m in government grants and low-interest loans.

© AFP 2020 / JUNG YEON-JE
Seoul Issues Japanese War Crime Ruling, Sparks Diplomatic Row With Tokyo
But Conservative legislators have slammed the proposal, with Bareunmirae party spokeswoman Ms. Kim Jeong-hwa urging the ruling Democratic Party in a statement to "differentiate the past and the present, as well as our diplomacy and our emotions."

She also lambasted the Moon administration for covering up its "incompetence" by spreading anti-Japanese propaganda.

"More than seven decades has passed since Japanese companies produced wartime supplies and exploited Korean forced laborers," the Korea Herald newspaper wrote in an editorial condemning "outdated nationalism" on Thursday. "Some of them may have since changed hands."

"Their current employees can hardly be said to be related to the war or war crimes."

South Korean president Moon Jae-In has promoted the independence struggle against Japan as a core value shared between the North and South, as well as portraying right-wing parties in South Korea as descendants of pro-Japanese collaborators.

"The task of setting history right is what is needed to help our future generations stand tall," Mr. Moon said in early March.

Seoul and Japan have kept a contentious relationship after the former was colonised for 35 years until its independence in 1945, shortly after World War II. An estimated 800,000 Koreans were killed and scores more were forced into labour camps and made ‘comfort women', or wartime sex slaves, under Japanese Imperial rule.