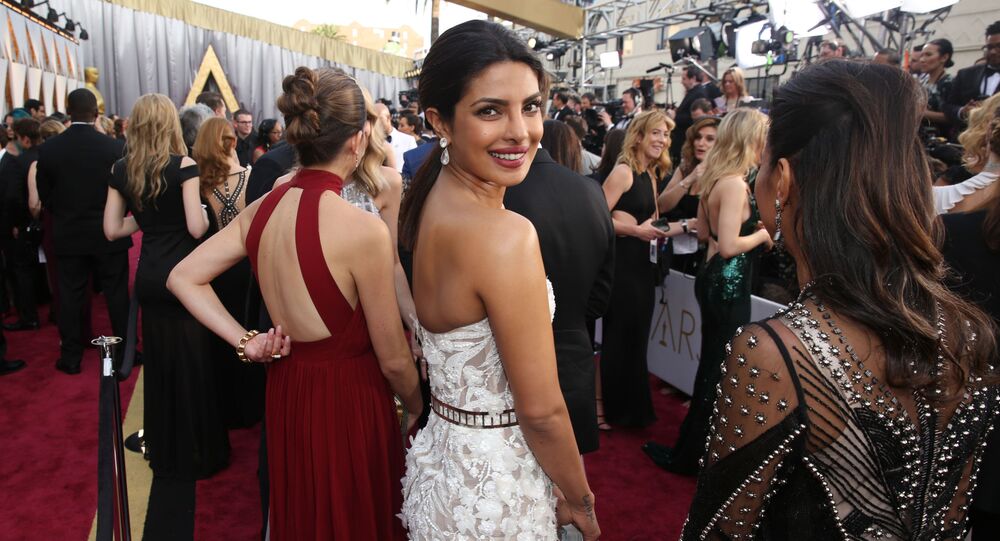 New Delhi (Sputnik): Pakistani actress Armeena Khan has accused Indian actress and Hollywood star Priyanka Chopra and her team of trolling her using fake social media accounts, according to media reports. Armeena Rana shared some of the comments made by these fake accounts, which she claims she has been getting from fans of Priyanka Chopra.

On Thursday, she tweeted that the team of Priyanka Chopra, who has earned her spurs in both Bollywood and Hollywood, is indulging in a 'classless' attack on her.

Team Priyanka attacking me from fake accounts. So classless honestly.

In another tweet, Armeena Rana shared some of the comments made by fake accounts.

Temporarily uploaded for your viewing pleasure. All within the last few hours 🧐 one has to wonder. Oh for the record, I didn’t start the petition AND I am not a goodwill ambassador. #teampriyankaattack pic.twitter.com/knzTjI7w13

According to reports, the 'Sherdil' starlet has been vocal in her views about issues. Recently, when several Indian actors were rooting for war between Pakistan and India, Armeena voiced her displeasure. Armeena particularly targeted Priyanka for cheering on the Indian armed forces and clapping for war despite being a United Nations Goodwill Ambassador. ​Armeena, one of the Pakistani actors who appealed for peace to prevail between the two countries on social media, criticised Priyanka for her war-mongering ways.

WHAT?!!! But aren’t you supposed to be a Good Will ambassador for @UNICEF? Screen shot this everyone and next time she speaks up for peace and goodwill. Let’s remind her of this hypocrisy. https://t.co/Jew88bMtYv

​​There was no official comment from Priyanka Chopra or her team regarding the claims of the Pakistani actress.