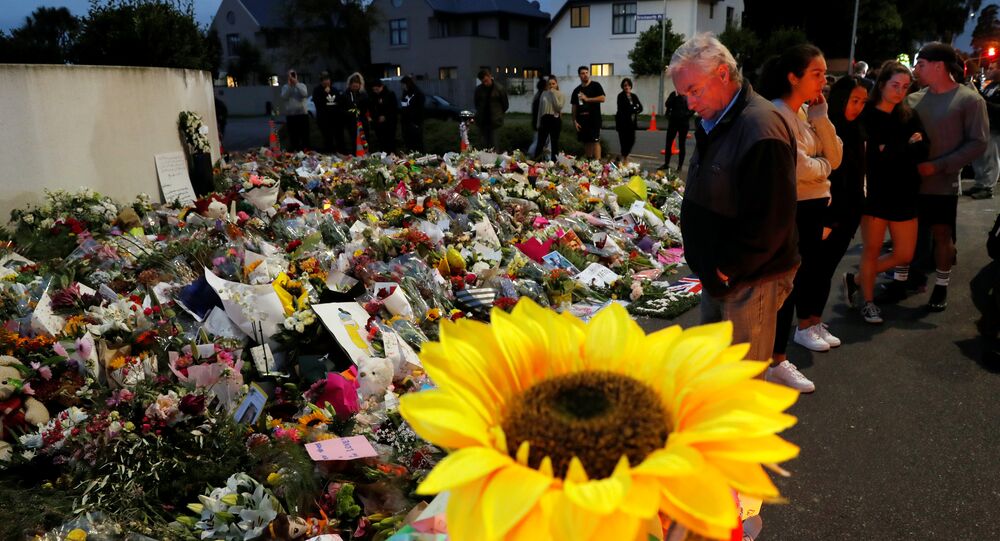 The violent shootings in two mosques in Christchurch, confirmed by New Zealand Prime Minister Jacinda Ardern to be a terrorist attack, took place on Friday, when Australian gunman and self-described terrorist Brenton Tarrant murdered 50 people and injured dozens of others.

"Ensuring Muslim communities in New Zealand feel safe and secure is a particular focus," Winston Peters said at a an emergency meeting of the Organisation of Islamic Cooperation in Istanbul.

© AP Photo / Vincent Yu
Trump Dismisses Media Reports Blaming Him For New Zealand Attack
"From here, this person will face the full force of the New Zealand law, he will spend the rest of his life in isolation in a New Zealand prison," Peters said.

Last Friday, a gunman killed 50 people after opening fire at two mosques in the town of Christchurch in eastern New Zealand.

The suspected shooter is Brenton Tarrant, a 28-year-old Australian national and a Dunedin resident. The gunman is known to have published a manifesto filled with anti-Muslim statements prior to committing the attack.

Earlier, a court in New Zealand ruled to place Tarrant in custody until April 5.