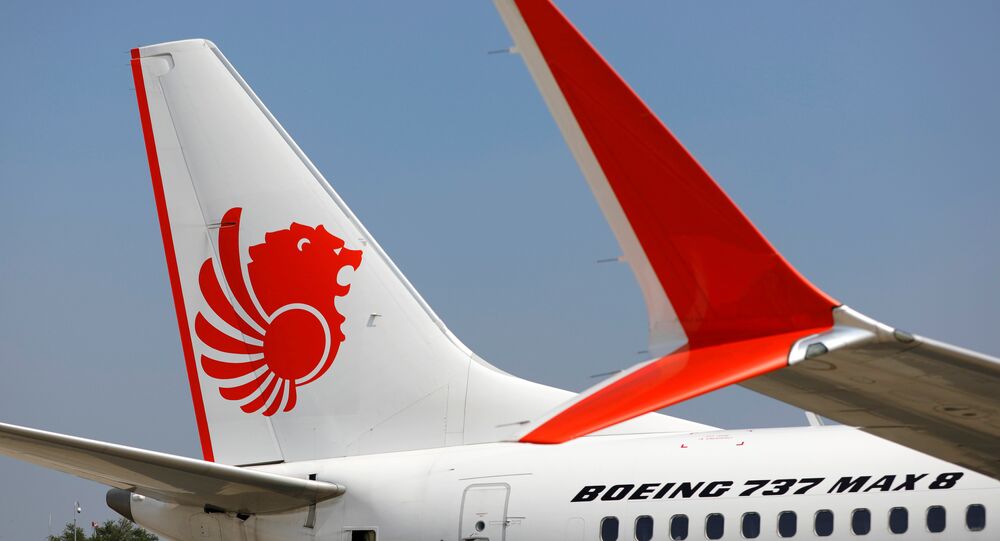 Amid a worldwide ban on the US aviation giant’s aircraft to fly in the wake of a deadly accident involving one in Ethiopia, new details about an October crash of another Boeing MAX have emerged. Although the cause of that crash has not been officially determined yet, it allegedly shows “clear similarities” with the recent tragedy.

The captain and the first officer of Lion Air’s Boeing MAX 8 that crashed with 189 people on board in October 2018 ran out of time frantically searching in the manual for the reason why their aircraft was lurching downwards and were misled by the system’s information, Reuters reports, citing sources acquainted with the cockpit voice records.

According to a November report, the first officer informed an air traffic controller about a "flight control problem" just two minutes after take-off. Although the pilot did not name the problem, one of Reuters’ sources said that airspeed was mentioned on the cockpit voice recording, while another pointed out that an indicator did not show a problem on the first officer's display, while the captain had received such a notification. The captain then reportedly asked his fellow pilot to run through a checklist handbook for abnormal events.

While the craft's computer warned the crew about a too weak airflow over the plane's wings and dove in response using the trim system, the captain tried to climb up.

"They didn't seem to know the trim was moving down. They thought only about airspeed and altitude. That was the only thing they talked about", one of the sources said.

After remaining calm for most of the flight, the captain asked his co-pilot to take over while he searched for the solution in the manual, which the 41-year-old first officer did not manage to do, according to the sources. His final control column inputs are said to have been weaker than the captain’s earlier ones.

"It is like a test where there are 100 questions and when the time is up you have only answered 75. So you panic. It is a time-out condition". one of the insiders said.

According to the report, while the Indian-born captain remained silent, his colleague, who was Indonesian, was heard to shout "Allahu Akbar" at the end, used by Muslims to express a range of emotions.

Both Lion Air and Boeing declined to comment on the report, saying that the investigation is ongoing.

However, the US manufacturer has noted that there is a documented procedure for such a situation. The November report points to a different crew having the same problem just a day before the fatal accident. According to the November preliminary report, they allegedly managed to fix it but failed to pass on all of the information to the next team. A captain from Lion’s sister carrier, Batik Air, was reportedly riding along in the cockpit and solved it, as was later reported by Bloomberg.

As the voice recorder from the cockpit was not found until January, its details were not included on the preliminary report. The Indonesian investigation agency KNKT announced that the recent results of the ongoing investigation could be released in July or August. The investigation of the October accident, which is set to find out how the plane systems ordered lurch because of a faulty sensor and whether the pilots were trained enough for this emergency, was sped up by the Ethiopian crash. Earlier this week, France’s air investigation agency BEA stated that its flight data recorder showed "clear similarities" to the Lion Air crash.

On 10 March another Boeing 737 MAX 8 of Ethiopian Airlines crashed killing all 157 people from 35 countries who were on board. The causes of the accident are yet to be determined.