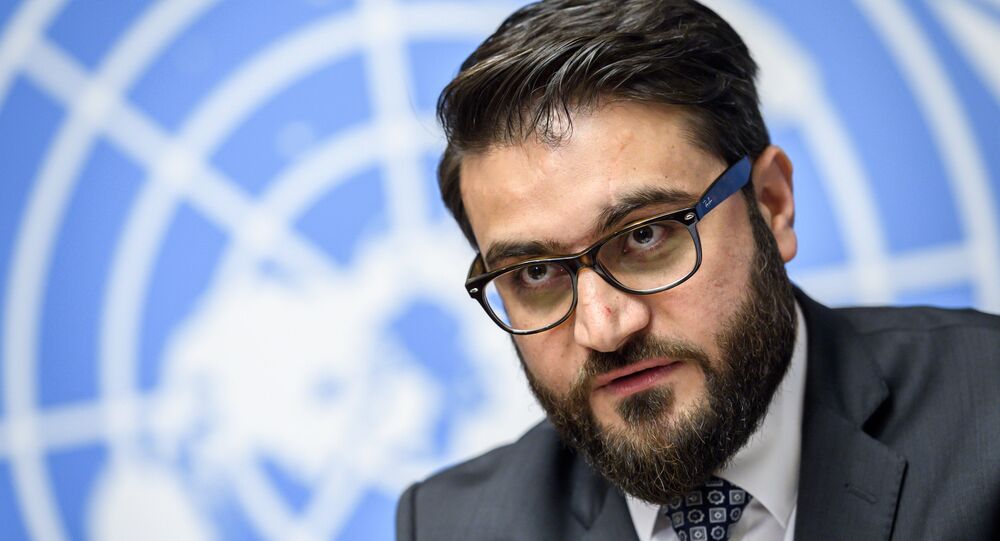 Although the Taliban and the US made "meaningful progress" in the last round of talks, the final agreement is yet to be signed. The next talks are set to take place in Doha, Qatar in late March, but it seems that the Afghan government itself risks being left out.

US officials are refusing to participate in any further talks that include the Afghan president's national security adviser, Hamdullah Mohib, following his recent criticism of the US, Reuters reported, citing several anonymous sources. This means that Afghanistan may be left out of the next round of talks between Washington and the Taliban, unless it sends someone else.

US Undersecretary of State for Political Affairs David Hale reportedly informed Afghan President Ashraf Ghani that Mohib is no longer welcome in Washington or the US in as a whole and that no American officials would deal with him.

One former Afghan official told Reuters that the move is an attempt to force Ghani to "oust" his national security adviser. The report has not been commented on by either of the two countries' top officials.

In a heated speech during a press conference in Washington, Mohib accused US Special Representative for Afghanistan Reconciliation Zalmay Khalilzad of "delegitimising the Afghan government", while granting legitimacy to the Taliban and holding talks with them on issues officially regulated by Kabul.

The national security adviser also suggested that Khalilzad was attempting to create a "caretaker government" by using the Taliban, in which he would be a "viceroy". Mohib's statements were condemned by the US State Department.

The scandal erupted amid ongoing talks between the Taliban and the US, which wants to secure assurances that the country won't become a safe haven for terrorists planning attacks in exchange for a military withdrawal. Although the deal hasn't been signed yet, the sides reportedly agreed to a certain framework and made "meaningful progress" in the talks the last time they met.

The United States has been conducting a military operation against the Taliban and other groups in Afghanistan since 2001 as a response to the 9/11 attacks. US troops overthrew the Taliban, which had been governing the country since 1996, accusing them of turning it into a safe haven for al-Qaeda*.

While most US troops left Afghanistan by the end of 2014, Washington continues to support the Afghan Armed Forces in combating terrorism.

*al-Qaeda — a terrorist group, banned in numerous states, including Russia

US, Taliban Agree on American Troop Withdrawal From Afghanistan – Reports

No Agreement Reached at US-Taliban Talks in Qatar - Statement