Ahead of the upcoming general elections, the Indian government has been facing heat in the form of allegations that there was suppression of “uncomfortable data” with regards to the economy and other social markers. They also accuse the administration of politically influencing the working of statistical bodies in the country.

New Delhi (Sputnik): Many prominent chartered accountants have rubbished allegations of socio-economic data manipulation levied against the present government by some 108 economists hailing from India and abroad. They said that the accusations were "baseless" and had "political motivations", reports Economic Times.

The ones countering the allegation of data falsification include founders, chairpersons, managing directors and other dignitaries of well-known business houses.

A statement was released by these chartered accountants asserting that the country was poised for a high-growth trajectory.

Read the full transcript of the letter here: https://t.co/p04enKqL9N pic.twitter.com/uSHCVlJsYs 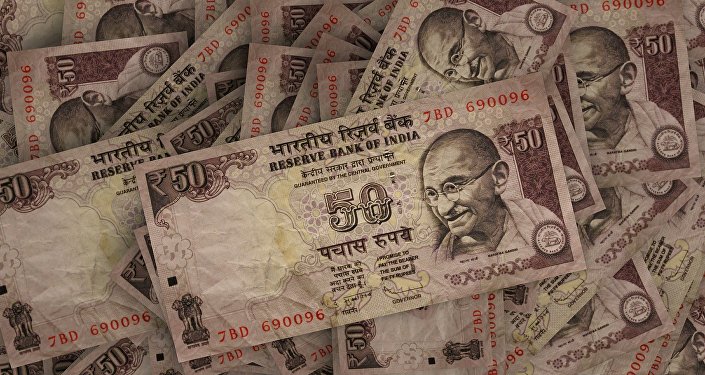 Earlier, on 14 March, a group of socio-economic observers released a paper titled "Economic Statistics in Shambles", questioning the veracity of the country's macro-economic data, especially with respect to the revision of the country's GDP after a change in the base year. India's GDP was revised to a new base year of 2011-12.

"Lately, the Indian statistics and the institutions associated with it have however come under a cloud for being influenced and indeed even controlled by political considerations", the paper read, levying allegations of political interference against the government.

Junking the allegations of data obfuscation, another group of experts claimed that the new GDP series complies with the 2008 UN guidelines for national accounts and that the process of change in the calculation of GDP rates had commenced before the current government had taken charge.

"Evidently a methodology in compliance with the United Nations Standard is shambolic as per the distinguished signatories… The appeal seems even more devious as the data in respect of GDP, poverty alleviation, ease of doing business are being duly published even by international agencies including World Bank, IMF and many others", the statement in support of the government read.