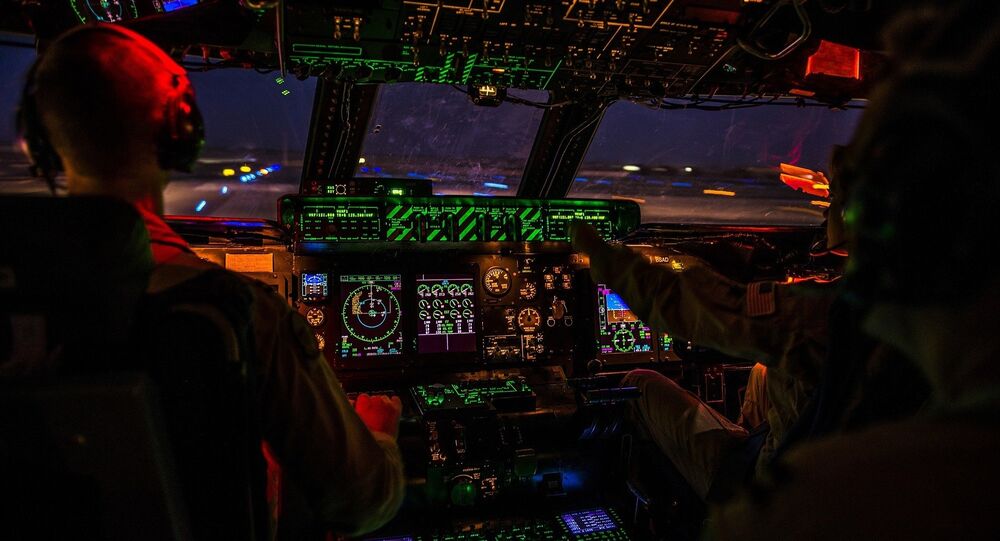 Despite making efforts to raise funds for months, the cash strapped carrier with a debt of over $1 billion is struggling to finalise a rescue deal with lenders and its major shareholder, Etihad Airways.

New Delhi (Sputnik): Over 300 pilots of India's Jet Airways have threatened to stop flying from 1 April if the debt-laden carrier fails to pay salaries due for months by 31 March.

"If there is no proper clarity on resolution process and salary payment by 31 March, then Jet Airways pilots will stop flying from 1 April", a joint statement issued by the pilots reads.

​Earlier in the day, the Directorate General of Civil Aviation (DGCA) — the country's civil aviation regulator — issued a statement saying that the situation was dynamic and that Jet may reduce the number of aircraft it is flying in coming weeks.

"Current availability of aircraft in the fleet for operation is 41 and accordingly scheduled for 603 domestic flights and 382 international flights have been drawn. However, it is a dynamic situation and there may be further attrition in coming weeks", DGCA said.

© CC BY 2.0 / Aka The Beav / Boeing 737 MAX roll-out
India's Jet Airways Stops Flying Its Boeing 737 Max After Deadly Ethiopia Crash
The regulator also instructed the carrier to "ensure that no pilots/cabin crew/aerospace and mechanical engineering services be restored on duty who had reported stress of any nature".

The DGCA said that it is continuously monitoring the situation and based on the same, will take appropriate steps by the end of the month.

​Despite witnessing around 15% growth, India's aviation industry has been under pressure over the past 12 months due to rising costs and the cut-throat competition to attract flyers.