The Thar power plant, a priority project under the China-Pakistan Economic Corridor, has begun commercial operations. The plant utilises resources from the Thar coalfields, which contain the world’s seventh largest coal reserves of 175 billion tonnes, more than the combined oil reserves of Saudi Arabia and Iran.

A video released by Pakistani authorities shows Pakistani and Chinese workers at the plant exulting at the successful connection of the power plant to the national grid. The project aims to add one more 330 MW power plant in the near future.

"Warmest congratulations! Thar Coal block II power plant successfully synchronized the first of the two units. It is a joint venture by Engro & CMEC under CPEC. It has made history as Pakistan is now producing electricity by Thar coal", Lijian Zhao, deputy chief of mission at the Chinese Embassy tweeted.

Warmest congratulations! Thar Coal block II power plant successfully synchronized the first of the two units. It is a joint venture by Engro & CMEC under CPEC. It has made history as Pakistan is now producing electricity by Thar coal. @CathayPak @ForeignOfficePk @CPEC_Official pic.twitter.com/NCQnTsgguz 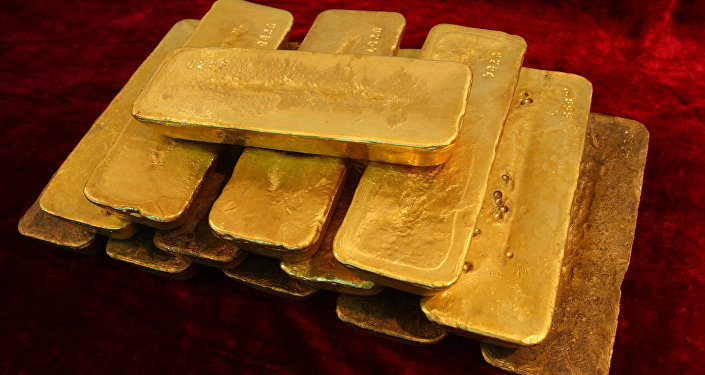 © Sputnik / Vitaliy Bezrukih
China Looks to Benefit From Pakistan Army's Role in Gold Mine Tapping - Source
The operationalisation of the power plant comes at a time when Western institutions have been extremely critical of the China-Pakistan Economic Corridor (CPEC), calling it a debt trap for Pakistan.

The bulk of energy projects under CPEC utilises Thar coal. However, it is yet not clear whether imported high-grade coal is also used in the mix. Many alleged that China ultimately aims to establish a perpetual market for its coal in the Xinjiang coal fields through these projects.

"This implies that the road from Kunjerab Pass and Abbottabad and below will be humming with about 10,000 coal carrying trucks per day", Lt. Gen. P. R. Shankar (Retd) of the Indian Army opines.

Meanwhile, Pakistan's Foreign Minister Shah Mehmood Qureshi, on Monday, said the advent of the second phase of CPEC will initiate a new era of socio-economic development in Pakistan.

Speaking at the China Institute for International Strategic Studies in Beijing, he termed the Pakistan-China relations an all-weather relationship that anchors regional stability.