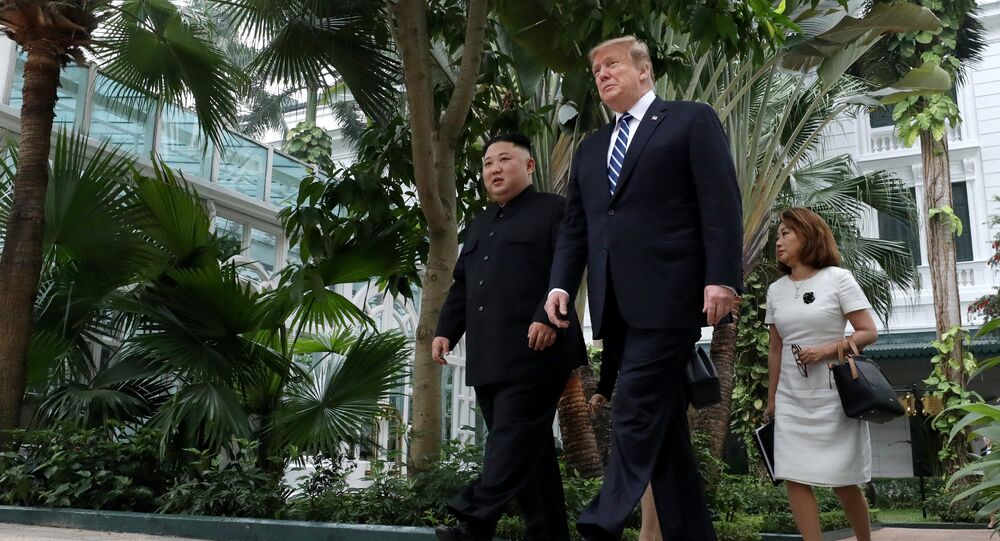 In late February, the second high-level summit between US President Donald Trump and North Korean leader Kim Jong-un finished in Hanoi without an agreement on denuclearisation being reached.

North Korea has called back its top diplomats to China and the United Nations, KBS World Radio reported, citing sources in Beijing, who pointed out that an Air Koryo flight carrying Ambassador to China Ji Jae-ryong and North Korean Ambassador to the UN Kim Song had departed for Pyongyang from Beijing on Tuesday afternoon.

Both high-profile diplomats are said to have played a significant role in negotiations with Washington on denuclearisation and the resolution of the crisis between the two Koreas.

Per the Korean international broadcaster, there is speculation that Pyongyang has summoned the pair to talk about Washington apparently floating an idea to strengthen sanctions against the DPRK, as well as the country’s potential response following the collapse of the second round of North Korea- US talks, which took place in February.

In late February, Trump and Kim Jong-un met in Hanoi to discuss North Korea's commitment to denuclearise. However, Trump abruptly quit the meeting when Kim demanded that the US president lift all sanctions. As a result, no agreements on the issue of denuclearisation were signed, although US Secretary of State Mike Pompeo subsequently noted that Washington remained optimistic about nuclear talks with North Korea.

Following the first bilateral summit, held last year in Singapore, Trump assumed that North Korea no longer posed a nuclear threat to the United States. The first round of talks successfully resulted in an agreement that had it that Pyongyang would make efforts to promote the complete denuclearisation of the peninsula in exchange for the United States and South Korea suspending their joint military exercises.