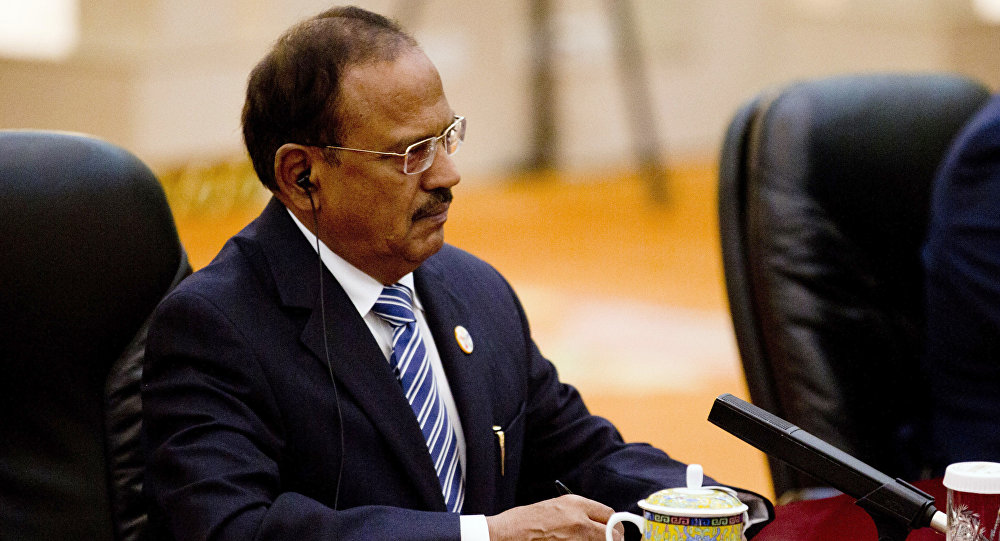 India's National Security Advisor Ajit Doval was speaking at a function commemorating the 80th foundation day of the Central Reserve Police Force (CRPF). It was a convoy belonging to this paramilitary force that endured a terror attack in Kashmir in mid-February. The attack claimed the lives of 40 police personnel.

New Delhi (Sputnik): In his first public comment after the 14 February Pulwama attack, India's National Security Advisor Ajit Doval on Tuesday stated in terse words that the country had not forgotten the suicide terror assault that had claimed Indian lives, adding that strong action would be taken against terrorists and against those who harbour them.

"The country has neither forgotten nor will ever forget it (Pulwama terror attack). Leadership will decide on time and locations to act, be it against terrorists or those who support/harbor them", Ajit Doval said while delivering an address at the 80th foundation day of the Central Reserve Police Force (CRPF) in Gurugram near New Delhi.

Doval paid tribute to the 40 soldiers who were martyred when a Jaish-e-Mohammed (JeM) terrorist rammed an explosive-laden car into a CRPF convoy.

© AP Photo / Channi Anand
Shooting Erupts Between Indian, Pakistani Forces in Makwal Sector, Jammu
Meanwhile, heavy cross-border fire exchanges continue to take place between Indian and Pakistani forces on the Line of Control (LoC) in the northernmost Indian state of Jammu and Kashmir. The state shares its borders with Pakistan and Pakistan-administered Kashmir.

"In Akhnoor, the Pakistan Army resorted to mortar shelling and firing of small arms which continued till Tuesday morning. Our troops retaliated effectively", he stated.

One Indian Army soldier was killed and three others injured in cross-border Pakistani firing in the Sundarbani sector on Monday morning.

The backdrop of the current India-Pakistan cross-border hostilities is the 14 February Pulwama terror attack that was claimed by Pakistan-based Jaish-e-Mohammed (JeM) and killed 40 Indian paramilitary troops. India after a week had conducted a pre-emptive air strike against alleged JeM terror camps at Balakot in Pakistan.