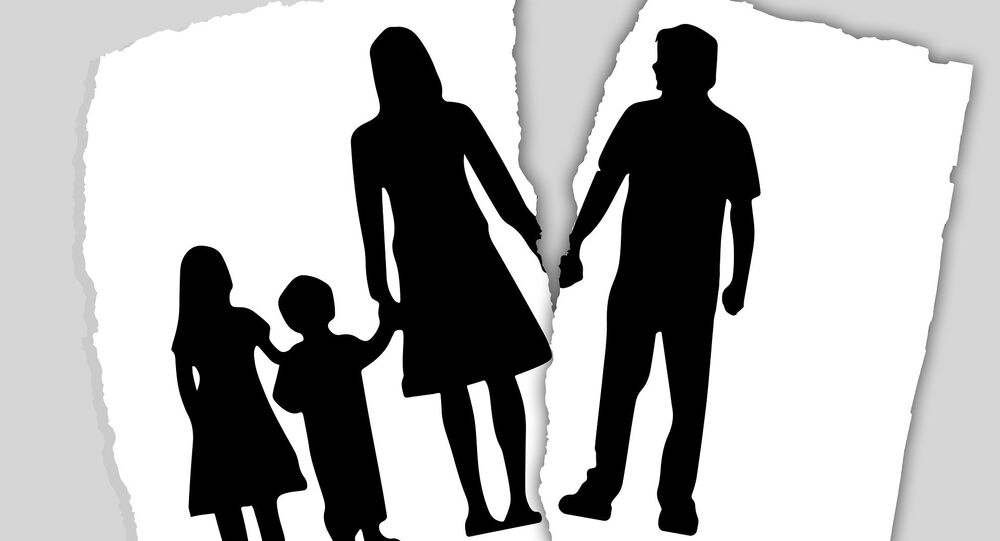 More than 150,000 young Indian men every year lose access to their children due to separation or divorce. 24,043 men as compared to 12,886 women committed suicide in 2015 due to domestic reasons, an umbrella organisation of men’s rights claimed on Monday while launching a movement to press for redressal of their grievances.

New Delhi (Sputnik): Activists in India working for "equal rights for men" have demanded that their grievances and solutions for the same be mentioned in the manifestos of political parties. They have threatened to opt for the NOTA option if no party supports their issues.

NOTA (None Of The Above) is an option available to every voter in India through which they can express dissatisfaction to the choices available to him in the ballot during the poll. More than a thousand men's rights activists from across India gathered at Jantar Mantar in New Delhi on Sunday to press for their demands.

© Flickr / Martin Abegglen
Sex Scandal Involving Social Media, Smartphones Rocks Southern India
Men make up 80-99% of homeless adults, job deaths and injuries, incarcerated persons, combat deaths, dropouts and suicide deaths in India.  Men also die younger than women and have higher mortality rates for 13 of the 15 leading causes of death, but there are no specific laws to protect them, he added.

"Our Politicians have to answer to the needs of the suffering men in India. Upcoming general election 2019 is crucial; men's activists are calling for the supporters to vote for NOTA (None of the Above) as all major parties do not care about men's issues", Pandurang Katti, co-founder of the Save Indian Family Foundation, told Sputnik.

"We demand an immediate end to institutionalised discrimination against men and their family members by Government and Courts", he added.