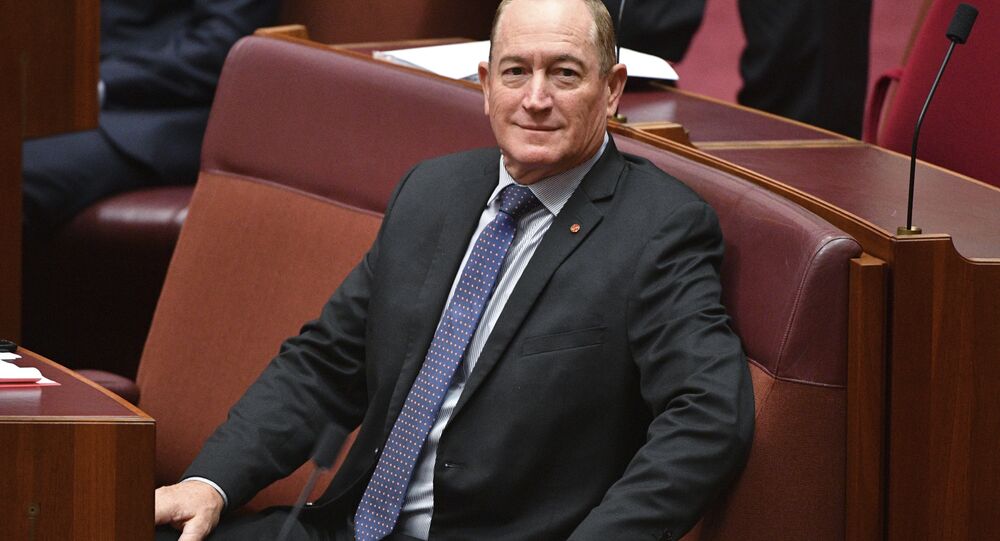 The video elicited a somewhat mixed reaction online, with people either praising the man who confronted the senator or wondering whether such behaviour would actually accomplish anything meaningful.

It appear that Queensland senator Fraser Anning simply can’t get a break after making a rather controversial comment about the recent deadly shooting in New Zealand, as shortly after literally getting an egg on his face he ran into a concerned citizen eager to share a few kind words with the politician.

A video posted on Twitter shows Anning being accosted by a man who angrily inquires whether the senator has any remorse for the families of the mosque shooter’s victims, and calls the politician a "sh*t c*nt".

WARNING: The following video features strong language and expletives, and may offend sensibilities

Anning caught in the airport without his fash backup.

This is even better than egg boy. pic.twitter.com/YN53F9oS7G

​The unknown man’s actions evoked praise from a number of social media users, with the person who posted the video describing him as "our hero".

This clip actually made me cry. Ordinary people, affected by such horror, calling out ugliness. Bravo. Srsly. We need more of this.

Finally — a sport EVERY Australian can get around: bothering Fraser Anning in public. More of this, people! It's our civic duty!

​Some, however, didn’t seem to believe that such behaviour towards Anning is the answer.

This is the issue now. People think it’s now okay to abuse and threaten violence. Hate creates Hate. Won’t achieve anything. Ignore him, denounce him and he will be voted out and be nothing but a small piece of history no one will remember

So harassing him like this will help? It really does you more harm than good.

@PeterDutton_MP @ScottMorrisonMP This is exactly that that POS in N.Z. wanted. I cannot believe this, I condemn what Anning said, but his words doesn't give you the right to do this.

​Earlier, Anning punched a teenager in the face while talking to reporters in Melbourne after the boy approached him from behind and slapped an egg on the man’s head.

The incident occurred after Anning, while condemning the deadly attacks on two mosques in the New Zealand city of Christchurch, said there was an apparent link between violence and Muslim immigration, claiming that Muslims "usually are the perpetrators" of violence and that Islam is tantamount to fascism.

In response, Australian Prime Minister Scott Morrison himself called it "disgusting" and noted that such views "have no place in Australia, let alone the Australian Parliament", while activists have kicked off an online petition, seeking to remove Anning from office.