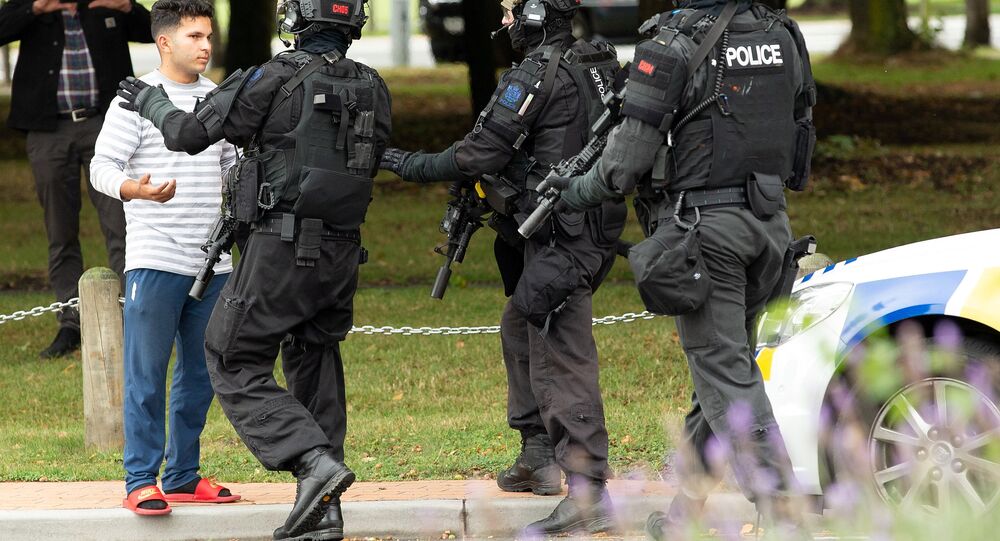 Earlier in the day, mass shootings took place at two mosques in the city of Christchurch, New Zealand, leaving at least 50 people killed and 48 more injured.

According to the New Zealand police, three men and 1 woman are in custody following the shootings at 2 mosques in Christchurch. Police have found and secured improvised explosive devices amid the mosque attacks.

As reported by New Zealand Herald, the shooter in New Zealand's Christchurch wrote a 73-page manifesto about his plans. The individual wrote "it is a terrorist attack" in his manifesto, the media outlet reported.

At least 50 people have been confirmed killed as a result of shootings at three locations in New Zealand's east coast city of Christchurch, with two of them being mosques, with police urging mosques across the country to shut their doors shotly after the attack.