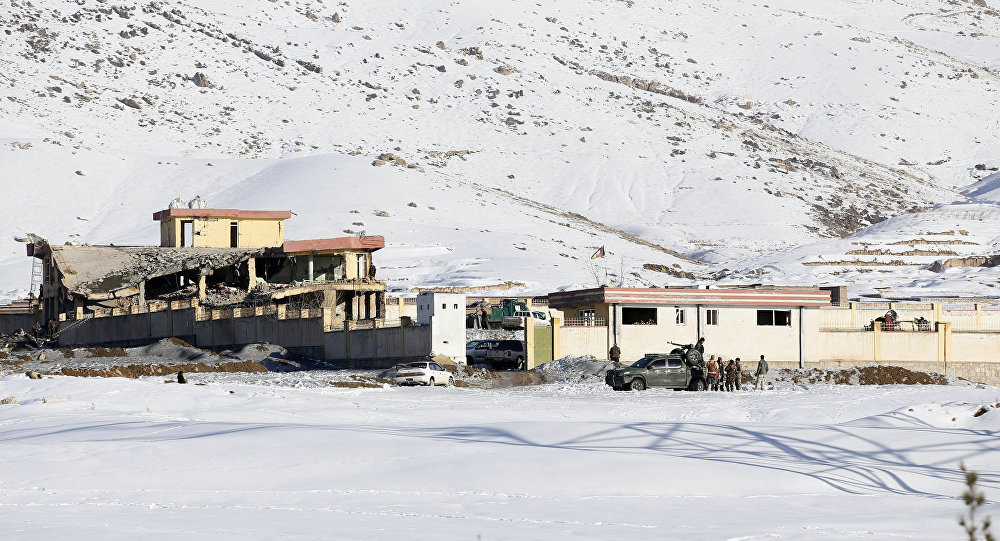 An Afghan probe into an airstrike on an Afghan Army base on Wednesday that killed five soldiers has revealed it to be a case of friendly fire by a US-Afghan crew. Meanwhile, US talks with the Taliban militant group have made progress toward an agreement for the withdrawal of US troops from Afghanistan.

As a US convoy approached the outskirts of the city of Tarin Kot in Afghanistan's Uruzgan province in the pre-dawn hours Wednesday, it came under fire from Afghan forces near the Satarman Base, which guards the approaches to Tarin Kot. In response, the convoy called in an airstrike on their attackers, leading to a bombing run that killed five and wounded 10 inside the base, which held a total of 17 total soldiers.

A provincial lawmaker told AP the Afghan soldiers had mistaken the US convoy for a Taliban force, as the militant group often travels without vehicle lights on, which the US convoy was doing. Tarin Kot, a regional center of 70,000 nestled in a fertile river valley, has repeatedly come under Taliban attack in recent months.

"It is still not confirmed who fired first, but then they both engaged in a firefight," deputy provincial council head Mohammed Karim Karimi told the Times. The intense shootout lasted four hours, until 3 a.m., when the airstrike hit.

The blast annihilated Satarman Base, only 2.5 miles from the governor's mansion and the town, where residents were hunkered down as the sounds of rifle fire and rocket-propelled grenade explosions bounced off the valley hillside, AP noted.

"There was a misunderstanding between both sides," Karimi said.

Sgt. First Class Debra Richardson echoed Karimi, telling the New York Times, "This is an example of the fog of war. The US conducted a precision self-defense airstrike on people who were firing at a partnered US-Afghan force."

However, there's no misunderstanding about Satarman Base, a long-established outpost that a US military spokesperson described as a "checkpoint."

It was a victory at Tarin Kot, the capital of Uruzgan, in November 2001 that won Hamid Karzai nationwide acclaim, propelling him to a political prominence that eventually won him the presidency. After the US invasion to overthrow the Taliban government began, Tarin Kot rose up against the Taliban, and Karzai's ragtag militia dug in to defend the town from the militant group. US airstrikes proved the decisive factor in turning the tide of the battle.

Meanwhile, very real Taliban attacks on an Afghan Army base in the northwestern Badghis province either killed or captured a total of 50 soldiers on Monday and another seven on Wednesday. The Times noted observations by analysts that the tendency of Afghan national forces to prefer staying inside their bases to undertaking offensive action against the Taliban and other rebels is what causes such a high casualty rate among them.

© AP Photo / Allauddin Khan
‘Like It or Not, We Have Lost’: Retired US General Concedes Afghan Defeat

Another airstrike in Ghazni, to the east of Uruzgan and south of the national capital of Kabul, is believed to have killed as many as 31 al-Qaeda militants on Wednesday.

"Qari Aref, one of the facilitators [for al-Qaeda] was transferring these 31 terrorists, including nine suicide bombers, in several cars when targeted by airstrikes and eliminated," an Afghan Defense Ministry spokesperson told AFP, noting that fighters from the related al-Haqqani Network were also present. The ministry did not specify if the attack was made by US or Afghan air forces.

However, while all this is going on, officials from Washington have been meeting with Taliban representatives for a second round of talks in Doha, Qatar, that could lead to a peace settlement and timeline for US withdrawal. The US has been at war in the country since it invaded in October 2001 to overthrow the Taliban government, claiming Taliban sponsorship of al-Qaeda had permitted the terrorist network to stage major attacks on the US, such as those the previous month in New York and Washington that killed thousands.

© CC BY 2.0 / The US Army
US Promised Taliban to Withdraw Half of Troops From Afghanistan by End of April - Movement Representative

"The Taliban have agreed that peace will require both sides to fully address four core issues, and they are counterterrorism assurances, troop withdrawal, intra-Afghan dialogue and a comprehensive cease-fire," US State Department spokesman Robert Palladino said Tuesday.

These talks build upon those held in Qatar in January in which the Taliban agreed not to harbor al-Qaeda and that it would join the fight against the group in exchange for a US military withdrawal from Afghanistan, Sputnik reported.

After the talks ended, chief American peace envoy Zalmay Khalilzad said at a press conference in Doha, "My time here was well spent. We made progress, and we had detailed discussions to reach an understanding on issues that are difficult and complicated."

"This round of talks saw extensive and detailed discussions taking place regarding two issues that were agreed upon during January talks," Zabihullah Mujahid, a spokesman for the Taliban, said in a statement. "Those two issues were the withdrawal of all foreign forces from Afghanistan and preventing anyone from harming others from Afghan soil."

"Progress was achieved regarding both these issues," Mujahid said. "For now, both sides will deliberate over the achieved progress, share it with their respective leaderships."

However, these are all verbal pledges — no written agreement has yet been reached. A third round of talks is expected later this month.