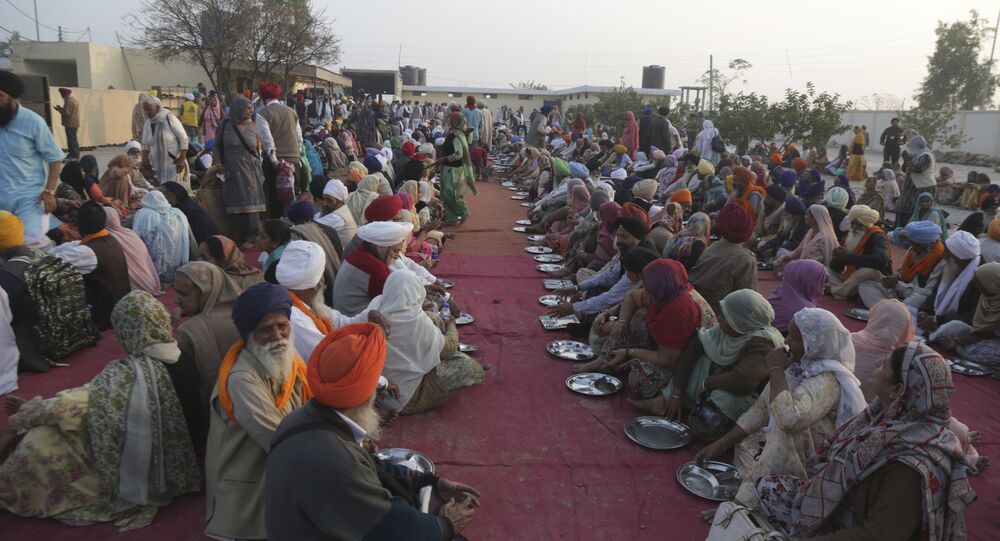 India and Pakistan have claimed that Thursday’s meeting on the Kartarpur corridor issue concluded with a significant understanding on operationalising the project. This was the first bilateral meet to discuss the modalities and the draft agreement for facilitation of pilgrims to visit Gurudwara Kartarpur Sahib using the Kartarpur Corridor.

New Delhi (Sputnik): Even as troops continue to be on the move at the India-Pakistan border amid hostilities triggered by recent airspace violations by both sides, the two neighbours have agreed to work towards expediting the Kartarpur Sahib Corridor that will enable Indian Sikh pilgrims to pay homage at the historic Kartarpur Sahib gurdwara in Pakistan without much hassle.

"Both sides held detailed and constructive discussions on various aspects and provisions of the proposed agreement and agreed to work towards expeditiously operationalising the Kartarpur Sahib Corridor," the joint statement issued after the meeting held at the Indian side of the Attari border read.

© AP Photo / K.M. Chaudary
India Denies Visas to Pakistani Journalists for Indo-Pak Kartarpur Corridor Meet
It has been agreed to hold the next meeting at Wagah border on the second of next month. This will be preceded by a meeting of the technical experts on 19th of this month at the proposed zero point Kartarpur to finalise the alignment.

Pakistan's foreign office spokesperson Dr. Muhammad Faisal, while talking to media at Wagah border, said,  "the step is in line with Pakistan's sincere efforts to deescalate the situation for regional peace and stability."

The two countries embarked on the corridor project last year, some 70 years after the partition after the Sikh community, who want passage into Kartarpur for pilgrimage, exerted pressure on both sides. It is believed that Guru Nanak Dev, the first among the ten Sikh Gurus, spent 18 years of his life at Kartarpur, which was also his final resting place.

There is a cross-border tiff currently underway between the two nuclear-armed states after the February 14 Pulwama terror attack claimed by a Pakistan-based jihadi outfit Jaish-e-Mohammad. The tensions escalated to a point wherein the two nations engaged in a show of air power, transgressing into each other's airspace. Cross-border firing and shelling of artillery is still going on unabated,  according to media reports.