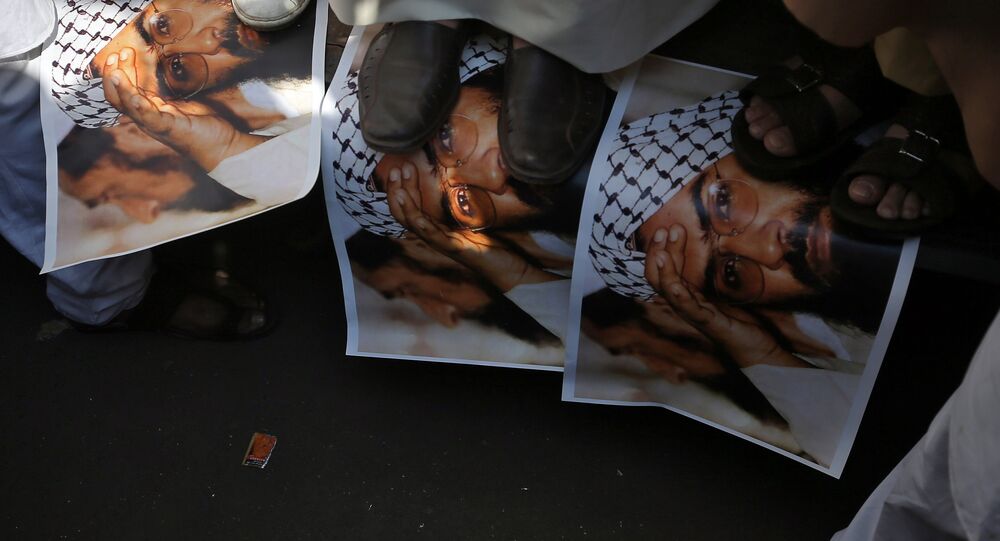 While Pakistani PM Imran Khan has won accolades for facilitating de-escalation of tension with India by unconditionally freeing the captured Indian fighter pilot and by acting against terror outfits, the Indian foreign minister has questioned Khan’s propriety by asking if he would be willing to hand over the terror mastermind Masood Azhar to India.

New Delhi (Sputnik) — Lashing out at those hailing Pakistan Prime Minister Imran Khan as a "true statesman" for having unconditionally handed over captive Indian fighter pilot Abhinandan and for cracking the whip on terror outfits, India's Eternal Affairs Minister Sushma Swaraj has questioned whether the Pakistan PM would hand over Jaish-e-Mohammad (JeM) Chief Masood Azhar to India.

"Some people say Imran Khan is a statesman. If he is so generous then he should hand over JeM chief Masood Azhar to India. Let's see how generous he is," Sushma Swaraj was quoted as saying by the ANI news agency.

© REUTERS / Athit Perawongmetha
Over 300,000 People Sign Petitions Saying Pakistan's Khan Deserves Nobel Peace Prize
Following the Pakistani security forces' actions last week on terror groups, there were calls from various quarters including some Indians that the Pakistan Prime Minister should be nominated for the Nobel Peace award. The crackdown was basically in response to the mounting international pressure on Pakistan to act on terror following the deadly suicide car bombing in Pulwama in India-administered part of the contested Jammu and Kashmir region that killed over 40 Indian paramilitary personnel. More than a hundred alleged terrorists including Masood Azhar's brother and son were detained. The properties and premises of several organisations suspected of involvement in terror activities were attached.

However, India continues to dig its heels on not engaging with Pakistan contending that the latter should completely dismantle terror infrastructure on its soil first.

"We do not want talk on terror, we want action on it. Terror and talks cannot go together," Sushma Swaraj stressed. "We are ready to engage Pakistan in an atmosphere free from terror."

The 14 February Pulwama bombing triggered a further deterioration in ties between New Delhi and Islamabad already engaged in bitter strife over the Kashmir region which both claim as their own. India accuses Pakistan of harbouring terrorists with the aim of disrupting peace in the contested region an allegation which Pakistan denies.

"You not only keep JeM on your soil, but fund them and when the victim country retaliates, you attack it on the terror outfit's behalf," Sushma Swaraj said, while asking the Imran Khan government to control its army and chief intelligence agency "which seek to destroy relations between the states."