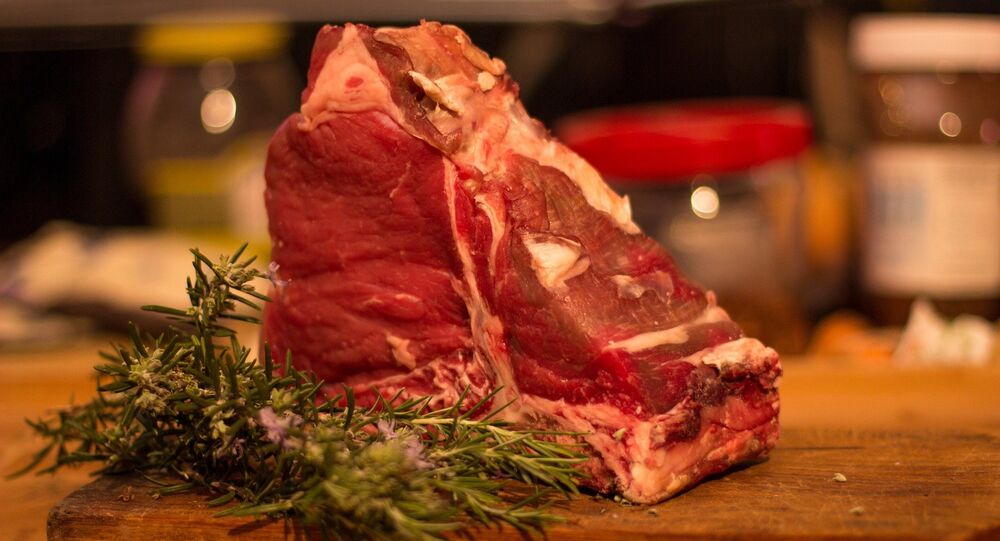 A Blenheim supermarket had inadvertently sold beef to Jaswinder in a pack labelled as lamb. He realised that the package contained beef only after he had cooked the meat and began consuming it, reports a New Zealand news portal.

New Delhi (Sputnik) — A Hindu man living in Blenheim, New Zealand, Jaswinder Paul, has demanded from a supermarket that he be paid a full roundtrip fare to India so that he may undergo "purification rites" for inadvertently consuming beef instead of lamb due to negligence in labeling of the meat product sold to him.

Beef is anathema for Hindus who consider cows holy animals. Jaswinder said that consuming beef has put him at odds with his religious beliefs and has alienated him from his family members who have now ostracised him.

© AP Photo / Rajesh Kumar Singh
Indian State Plans to Tax Citizens to Protect Stray Cows - Reports
He said that to undo what he had unwittingly done due to the supermarket's negligence, he would need to undergo purification rites according to Hindu beliefs and would have to go to India and stay there for some time while he fulfils the necessary rituals.

He added that as he would be in India he would have to give up his business for a while which would cause him financial losses.

Although the supermarket has admitted their error and apologised to him, Jaswinder has demanded that they him the full roundtrip fare to India along with an amount to fund his stay during his purification process. The supermarket had offered him gift vouchers to make up for its mistake but the offer was turned down by Jaswinder. He is contemplating seeking compensation through legal means, read the media report.