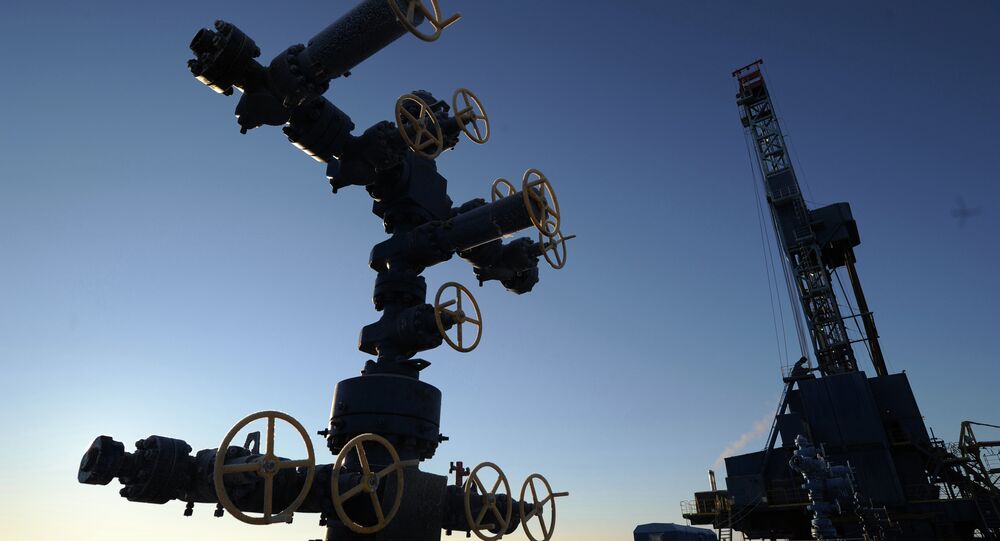 Pakistan will soon be auctioning at least ten blocks for exploration. In the last few months, Russia has emerged as one of the key foreign players in Pakistan to help the country with its efforts to attain energy self-reliance, a highly placed official was quoted by Reuters as saying.

New Delhi (Sputnik) — Amid reports of an acute gas shortage across Pakistan, the government has initiated a number of moves aimed at attracting more foreign investment in the energy sector. Nadeem Babar, head of Prime Minister Imran Khan's Task Force on Energy Reforms, told Reuters the government was amending its natural gas regulation and drawing up its first-ever shale gas policy, with licensing rounds to follow later this year.

"The government hopes improving security in recent years and the country's extensive pipeline network will attract investors. More than 30 onshore gas blocks have been identified and the government plans to auction a large chunk of them in one or two licensing rounds by the end of 2019", Babar told Reuters.

© CC BY-SA 4.0 / Naveedsharif / Islamabad top view
Riyadh, Islamabad Sign Investment Deals Worth $20Bln - Reports
I expect in the second half of this year we will be auctioning at least 10, if not 20 blocks for exploration, he added.

Along with foreign companies, local companies have also been asked to beef up their production capabilities to meet the growing demand.

Prime Minister Imran Khan has directed the local companies to expedite their exploration work in the oil and gas sectors. pic.twitter.com/guKuBQ5vIR

Much of mineral-rich Pakistan remains unexplored, despite gas discoveries dating back to the 1950s. Conventional gas reserves are estimated at 20 trillion cubic feet (tcf), or 560 billion cubic metres, and shale gas reserves, which are untouched, at more than 100 tcf, the report said.