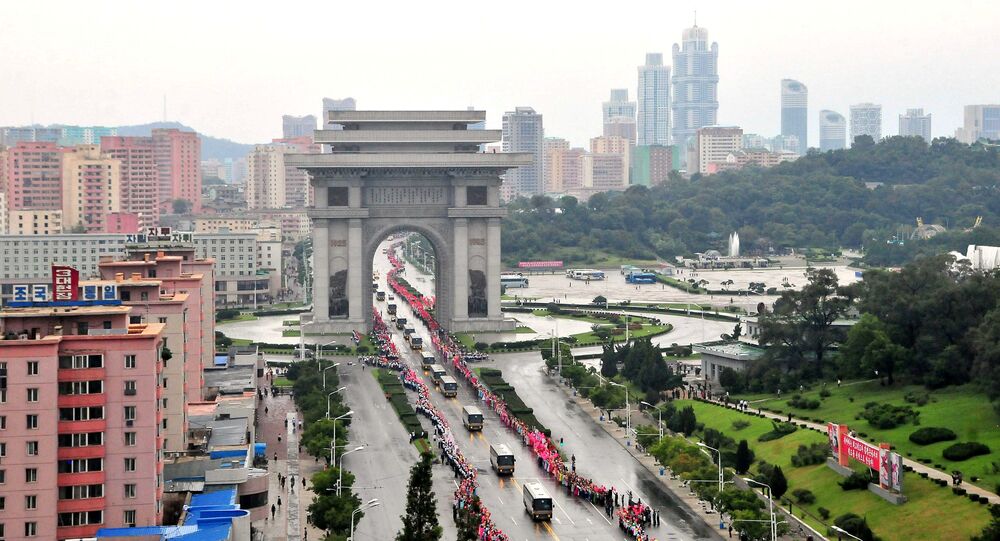 TOKYO (Sputnik) - North Korea notified the United Nations of the impossibility to hold a meeting of the World Health Organisation (WHO) Regional Committee for South-East Asia in September 2019 in Pyongyang due to sanctions against the country, Korean Central News Agency reported on Tuesday.

According to the Korean Central News Agency, on March 11, Kim Song, North Korea's ambassador to the United Nations, sent the notification to UN Secretary-General Antonio Guterres.

Kim Song, in particular, informed the UN chief that the UN Security Council's North Korea sanctions committee had recently imposed a ban on importing electronic equipment to the country, which is necessary for holding the meeting of the WHO Regional Committee.

READ MORE: US State Department Does Not Rule Out New Sanctions on North Korea

"Thus, an unprecedented and abnormal situation in the history of the WHO has arisen, in which North Korea cannot organize this regional meeting", Kim Song said as quoted by the media outlet.

© REUTERS / Jorge Silva/Pool
Kim Jong-un's Younger Sister, Who Was in Spotlight at Talks With US, Elected to N Korean Parl't - Reports
The diplomat also called on the United Nations to revise its resolutions on sanctions against North Korea.

Despite the fact that the situation on the Korean peninsula has significantly improved since a series of high-level talks last year between North Korea and the South as well as the United States, the country is still subject to international sanctions.