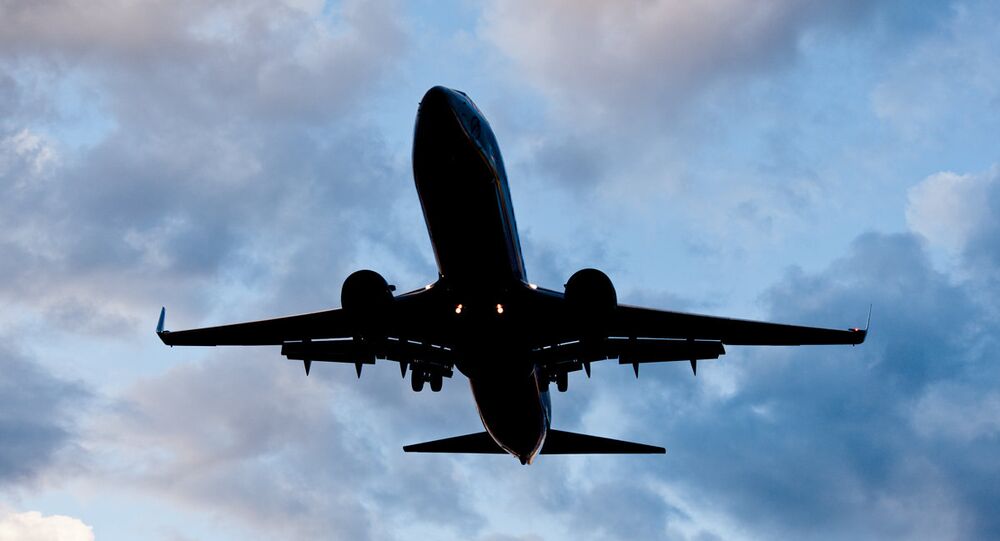 The UK, Norway, Germany, Singapore, Australia, Malaysia, and Oman are the latest countries to temporarily ban the Boeing 737 Max from entering and leaving their countries after the model was involved in the Ethiopian Airlines and Indonesian Lion Airlines plane crashes – two in less than five months.

The EU aviation safety agency has said in a statement it was closing European airspace to Boeing 737 MAX aircraft after two fatal crashes of the model within five months.

"EASA has decided to suspend all flight operations of the two affected models", the agency said.

The UK Civil Aviation Authority (UK CAA) said in a press release that it was closely monitoring the situation and will ground all 737 MAXs until further notice.

"As we do not currently have sufficient information from the flight data recorder we have, as a precautionary measure, issued instructions to stop any commercial passenger flights from any operator arriving, departing or overflying UK airspace", the CAA said on Tuesday.

"We remain in close contact with the European Aviation Safety Agency (EASA) and industry regulators globally", the CAA added.

According to the CAA, the UK operates five 737 MAX aircraft, with a six planned to commence operations later this week. TUI Group has already received five of its 72 orders, and Ryanair ordered 135, according to data from Boeing.

The UK Civil Aviation Authority has issued instructions to stop any commercial passenger flights from any operator arriving, departing or overflying UK airspace.

Dutch infrastructure minister Cora Van Nieuwenhuizen enforced a nationwide ban on the plane on Tuesday. The TUI group, which operates from Schiphol Airport near Amsterdam and owns 15 737 MAX 8 aircraft, stated that it would ground the planes until safety check could be carried out.

Italian authorities have closed their airspace to 737 Max 8s entering and leaving the country, the Italian Civil Aviation Agency (ENAC) said in a Tuesday press release, stating that "in accordance with what is happening in Europe, the airplanes of this model can no longer operate to and from the national airports until further notice".

Austrian transport minister Norbert Hofer said in a statement reported by Reuters that "safety is the top priority in aviation," adding that his measures were aimed at protecting passengers, pilots and crew members.

The Irish Aviation Authority said in a statement that it would close its airspace to all 737 MAX passenger flights in and out of Ireland "as a precautionary measure", adding that the suspensions would take effect at 15:00 CET on Tuesday, using the IAA Act 1993.

"Until all doubts have been dispelled, I have ordered that the German airspace for the Boeing 737 Max is now blocked", Mr Scheuer said.

France's Directorate General for Civil Aviation also said on Tuesday that it would ban the aircraft from French airspace following the Ethiopian Airlines crash, Reuters reported.

Norwegian temporarily suspends flights with the Boeing 737 MAX 8, following recommendations by European aviation authorities. We will do our utmost to take care of our passengers in the best possible way. https://t.co/1PvpWoSfbC

Tomas Hesthammer, Norwegian’s acting Chief Operating Officer said in a statement that the company had "taken the decision to not operate flights using this aircraft type until advised otherwise by the relevant aviation authorities", adding that despite the inconvenience to customers, safety would be the company's "top priority".

Turkey also joined the list of countries, with Turkish Airlines CEO Bilal Ekşi tweeting his company's stance on the the 737 Max,

"Flight safety is our priority", Mr Ekşi tweeted, adding that his company was closely following developments. "We carry out all our operations with the highest level of safety".

The Changi Airport in Singapore is the sixth busiest transport hub, but only a handful of the 737 Max's operate in the country compared with Australia, where no domestic airlines use the 737 Max's.

Only two foreign airlines — Singapore's SilkAir and Fiji Airways — fly them to Australia, with the former temporarily suspending operation of the 737 MAX and Fiji Airways soon to be affected by the suspensions due to the company searching for substitutions for its two 737 MAX aircraft.

© CC BY 2.0 / Aka The Beav / Boeing 737 MAX roll-out
Boeing to Upgrade Software Across 737 MAX Fleet in 'Coming Weeks' After Deadly Ethiopia Crash
The news comes after Ethiopian Airlines flight 302, a Boeing 737 Max 8 crashed on Sunday, killing all 157 people on board and the deadliest in the airline's history.

The Australian Civil Aviation Safety Authority said on Tuesday in a press release that it had temporarily suspended the operation of Boeing 737 MAX aircraft "to or from Australia", adding that it was working with Fiji Airlines to "minimise any disruptions and with regulators in Fiji and Singapore".

Shae Carmody, CASA CEO and director of aviation safety, said in a statement that the temporary suspensions were "in the best interests of safety".

"This is a temporary suspension while we wait for more information to review the safety risks of continued operations of the Boeing 737 MAX to and from Australia", Mr Carmody said. "CASA regrets any inconvenience to passengers but believes it is important to always put safety first".

The Oman Civil Aviation Authority said that it was "temporarily suspending Operations of Boeing 737 MAX aircraft into and out of all Omani airports until further notice".

#PACA is temporarily suspending operations of Boeing 737 MAX aircraft into and out of all Omani airports until further notice.

Ahmad Nizar Zolfakar, CEO of the Malaysian Civil Aviation Authority said on Tuesday that "none of the Malaysian carriers operates the 737 MAX 8" and that CAA Malaysia was suspending all operations of the plane "until further notice".

"We have advised Eastar Jet, the only South Korean airline that owns the B737-8 (two aircraft) — the same model involved in the Ethiopian Airlines crash — to ground them", South Korea's Ministry of Land, Infrastructure and Transport ministry said as quoted by AFP.

"Eastar Jet has agreed to do so, and told us it will suspend the aircraft's operations starting Wednesday," MOLIT said in a statement.

"DGCA has taken the decision to ground the Boeing 737-MAX planes immediately. These planes will be grounded till appropriate modifications and safety measures are undertaken to ensure their safe operations", the ministry wrote on Twitter.

As always, passenger safety remains our top priority. We continue to consult closely with regulators around the world, airlines, and aircraft manufacturers to ensure passenger safety. (2/2)

Chinese airlines were some of the first to respond to the crisis by grounding all 737 MAX aircraft, affecting China Southern Airlines, China Easter Airlines, and Air China, among others.

Ethiopia will ground its remaining four 737 Max 8 jets as an "extra safety precaution" whilst investigating Flight 302, stating it would release further information on the company website and social media pages. The airline was expecting 25 more units of the 737 MAX.

The Russian S7 airlines has said in a statement that it would suspend Boeing 737 Max 8 operation since 13 March.