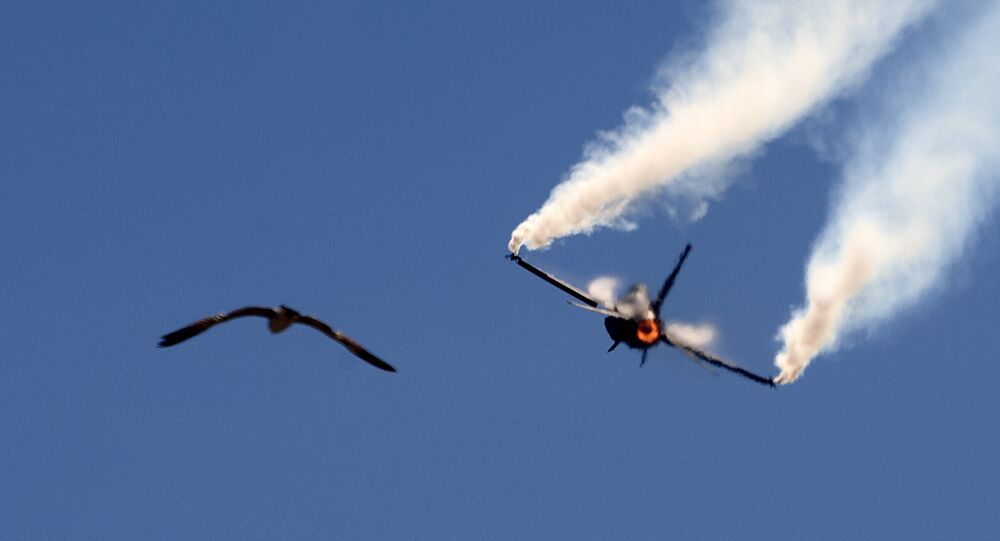 The remark by the Indian defence minister could make a huge difference in the ongoing debate as to whether the Pakistan Air Force used an F-16 fighter jet in the recent air clash between the two countries, as Islamabad has been denying the Indian claim.

New Delhi (Sputnik) — In an interview with India Today, Indian Defence Minister Nirmala Sitharaman has claimed that India is aware of the identity of the Pakistani F-16 fighter pilot who was allegedly killed after a dogfight with the Indian Air Force on 27 February near the Line of Control, adding that authorities might "give details later".

© AFP 2021 / STR
India Reveals How its Su-30 'Defeated' F-16's Missile in Dogfight With Pakistan
Sitharaman, on Tuesday, reiterated that an F-16 fighter jet was shot down by a MiG-21 Bison and that the Pakistani fighter pilot had also fallen down in their territory. She added that villagers mistakenly lynched the Pakistani pilot and that the pilot later, most likely, died in hospital.

Pakistan has been denying the Indian claim since 27 February and Washington has stonewalled all questions with the standard "we are looking into the reports" response.

"As a matter of policy we don't publicly comment on contents of bilateral agreements, involving US defence technologies nor the communications that we have with other countries about that", Robert Palladino, the State Department's deputy spokesman, said on 5 March, when asked about details of the sale agreement, as India remained persistent in its claim that the PAF had misused the sale agreement and used an F-16 fighter jet against India.

On 27 February, Indian and Pakistani warplanes engaged in an air battle over Kashmir following New Delhi's attack on a jihadist camp on the Pakistani side of the Line of Control a day earlier. The dogfight led to the downing of an Indian MiG-21 and a Pakistani F-16 jet, as claimed by the Indian Air Force.

Up Close and Personal: Footage of a MiG-29 Dogfight (VIDEO)