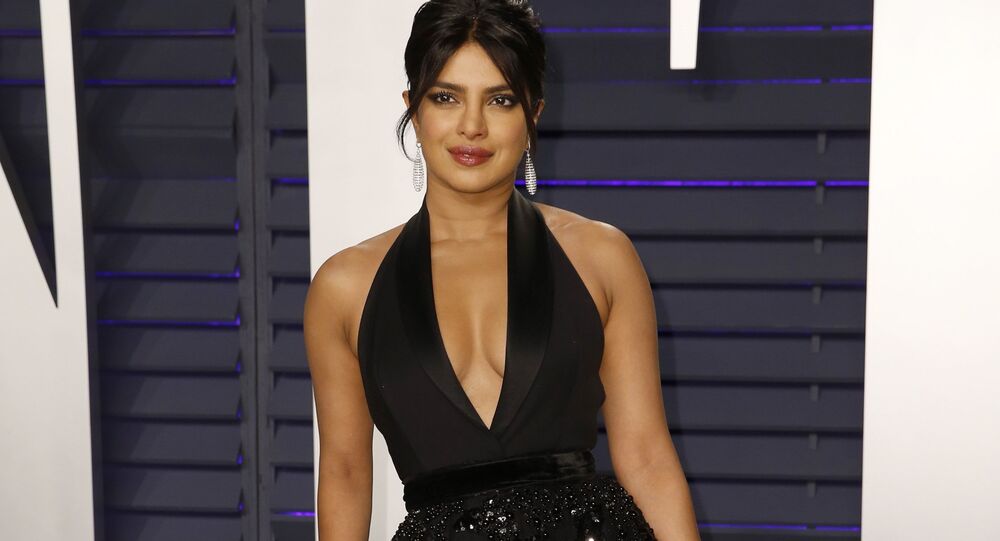 Known to be quite close to the Ambani family, the Bollywood -Hollywood actress was an invitee to the wedding of the son of Mukesh Ambani, the richest man in Asia, according to Forbes Magazine.

New Delhi (Sputnik): Tinseltown celebrity of global acclaim Priyanka Chopra took no time to congratulate the newly-weds Akash Ambani and Shloka Mehta from arguably "the first business family" of India, cheering them on for a new life of togetherness.

Taking to Instagram, PeeCee, as Priyanka Chopra is popularly known, said, "So happy for these two amazing people coming together for life..  @aambani1  and @shloka11 here's to a lifetime of togetherness.. and @_iiishmagish you're the best twin ever! We killed it at the baraat.., big love, always!"

So happy for these two amazing people coming together for life.. @aambani1 and @shloka11 here’s to a lifetime of togetherness.. and @_iiishmagish you’re the best twin ever! We killed it at the baraat.. big love always! ❤️🎉🙌🏽

© AP Photo / Invision / Jordan Strauss
Nick Jonas' Touching Women's Day Wish to Priyanka Chopra Is Doing the Rounds
Mukesh Ambani, the father of the bridegroom, is the richest living Indian and among the Forbes' list of richest billionaires in the world.

Mukesh's son, Akash, took his wedding vows along with his bride, Shloka, on Saturday at Jio Gardens in Mumbai, the financial capital of India.

Priyanka is quite close to the Ambani family. She witnessed the wedding along with her mother, Madhu Chopra, and brother, Siddharth Chopra.

Bollywood actress of Hollywood fame, Priyanka, herself tied the wedding knot to American singer and songwriter Nick Jonas in a multi-location ceremony three months ago, in December 2018.